There were a number of changes to the starting line-up from when Consett were last in action two weeks ago at Colne. New signing Evan Horwood made his debut at left back, while Mark McLeod and Kieren Aplin came in for Jake Orrel and Cyril Giraud.

The game got off to a sensational start with both goals being scored in the first ten minutes. The home side took the lead with barely four minutes on the clock. Jamie Walker crossed from the left wing and the ball somehow found its way into the Consett net via a deflection which totally deceived Mark Foden.

The lead didn’t last long though as Consett levelled the scores four minutes later. Karl Byrne crossed from the right wing, Kieren Aplin played the ball back across goal and Matty Slocombe was on hand to force the ball home from six yards, pictured at the top of the report, and celebrating below … 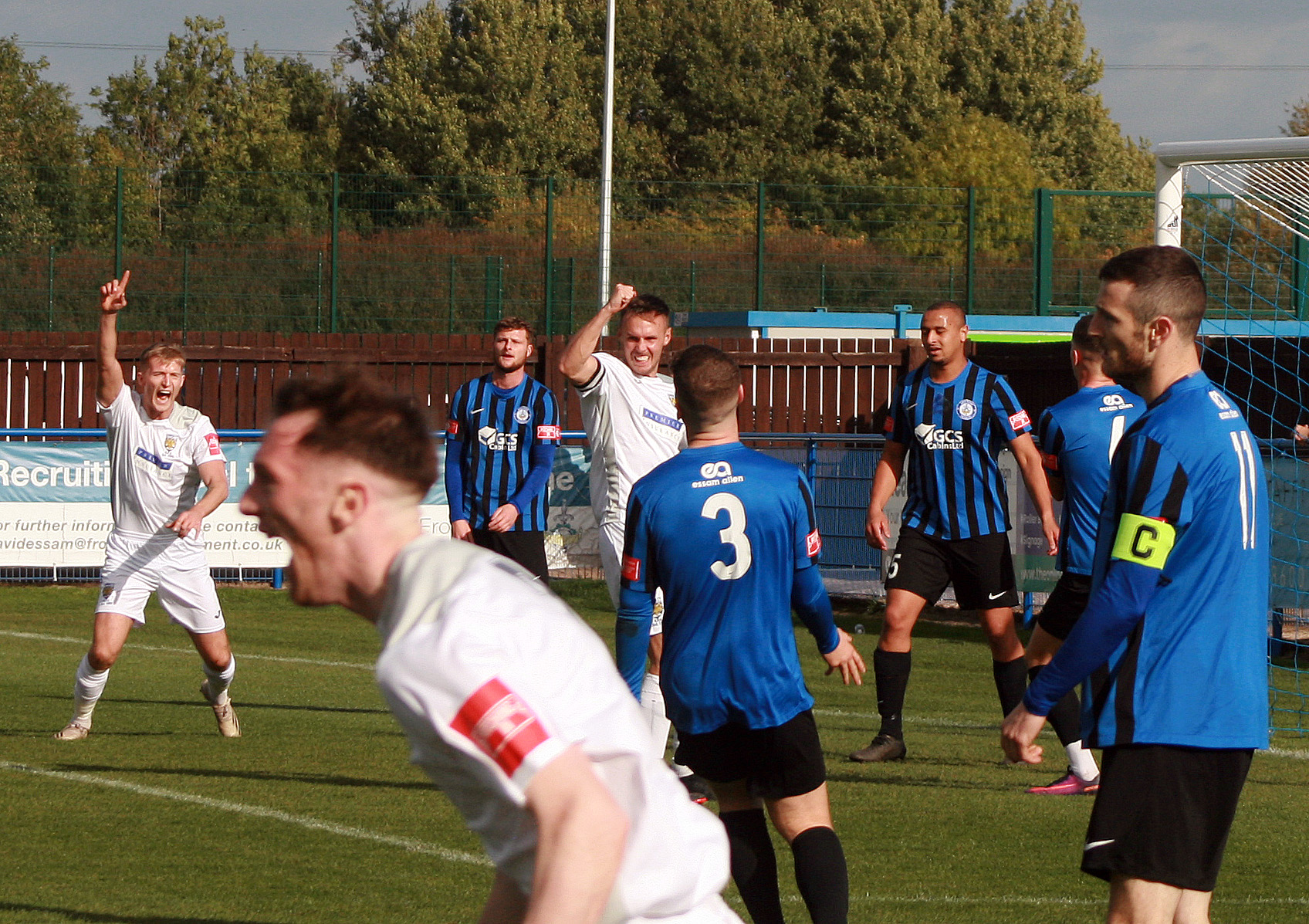 After the early fireworks, the game settled down into a more attritional affair with neither side managing to gain the upper hand. In the 16th minute Long Eaton were awarded a free kick just outside the area, but Walker’s attempt was easily gathered by Foden.

Consett were awarded their own dangerous free kick after 34 minutes. Keiren Aplin was entrusted with it, but again it was a simple task for the keeper to collect it.

Long Eaton’s best chance of the half fell to Kam Campbell in the 36th minute, who drilled in a low shot from inside the area, which Foden initially spilled but safely gathered the rebound.

Two minutes before the break Zak Atkinson saw a header from an Evan Horwood cross loop just over the bar, and the break was reached with the scores level

Consett were creating the better chances in the second half, and a great strike from Adam Mitchell in the 58th minute was brilliantly tipped over by the Long Eaton keeper, Mitchell Leivers. From the resulting corner, Zak Atkinson headed in the Long Eaton net, pictured below, but the referee spotted a foul and disallowed it. 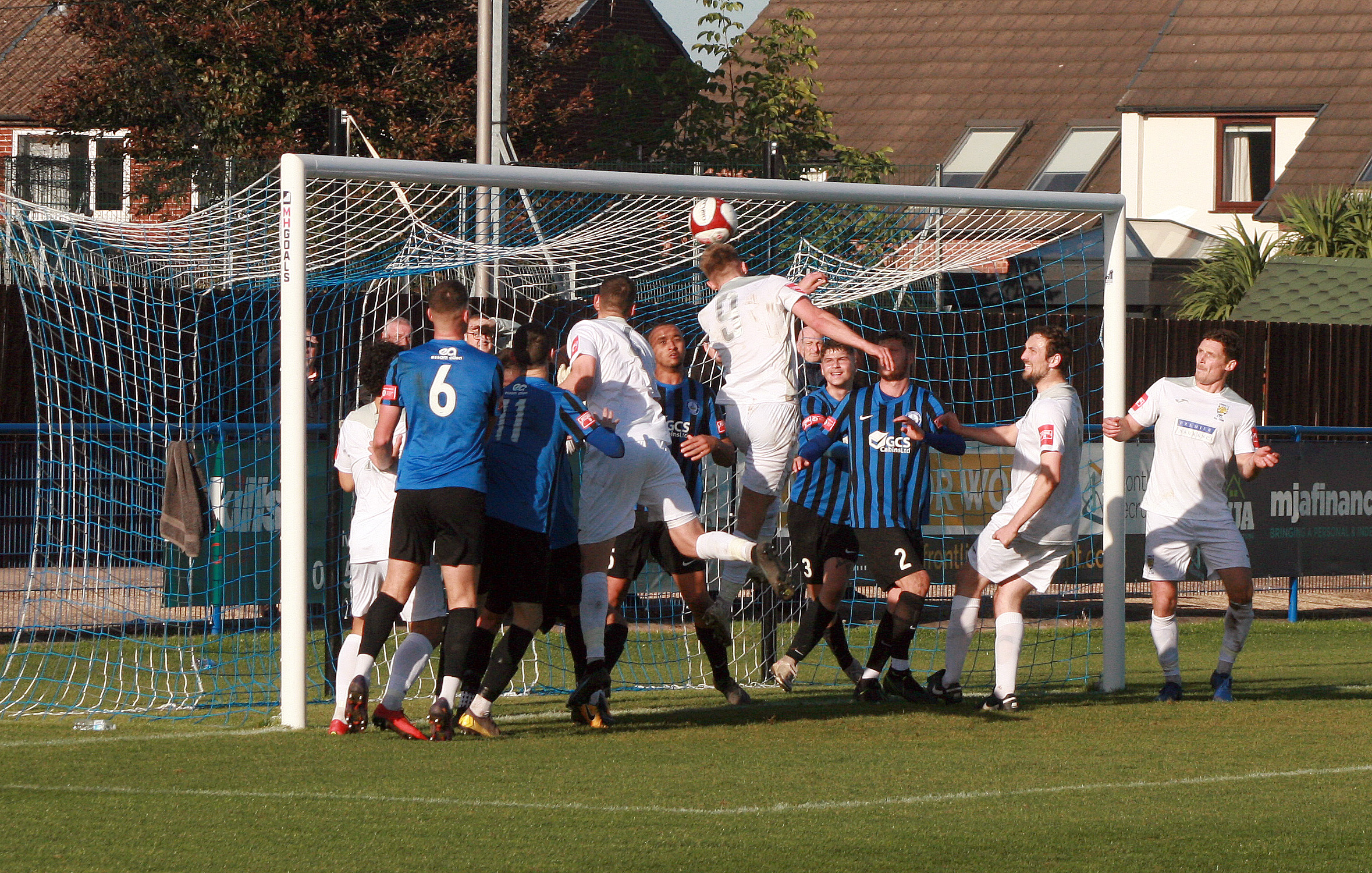 Consett were looking increasingly dangerous, and newly introduced substitute Cyril Giraud cut in from the left flank and fired in a right-footed shot, but it was straight at Leivers.

On 65 minutes, Consett had the best chance of the half when Byrne’s cross from the right was flicked on by Atkinson and Giraud, at full stretch, could only stab the ball over from close in, pictured below … 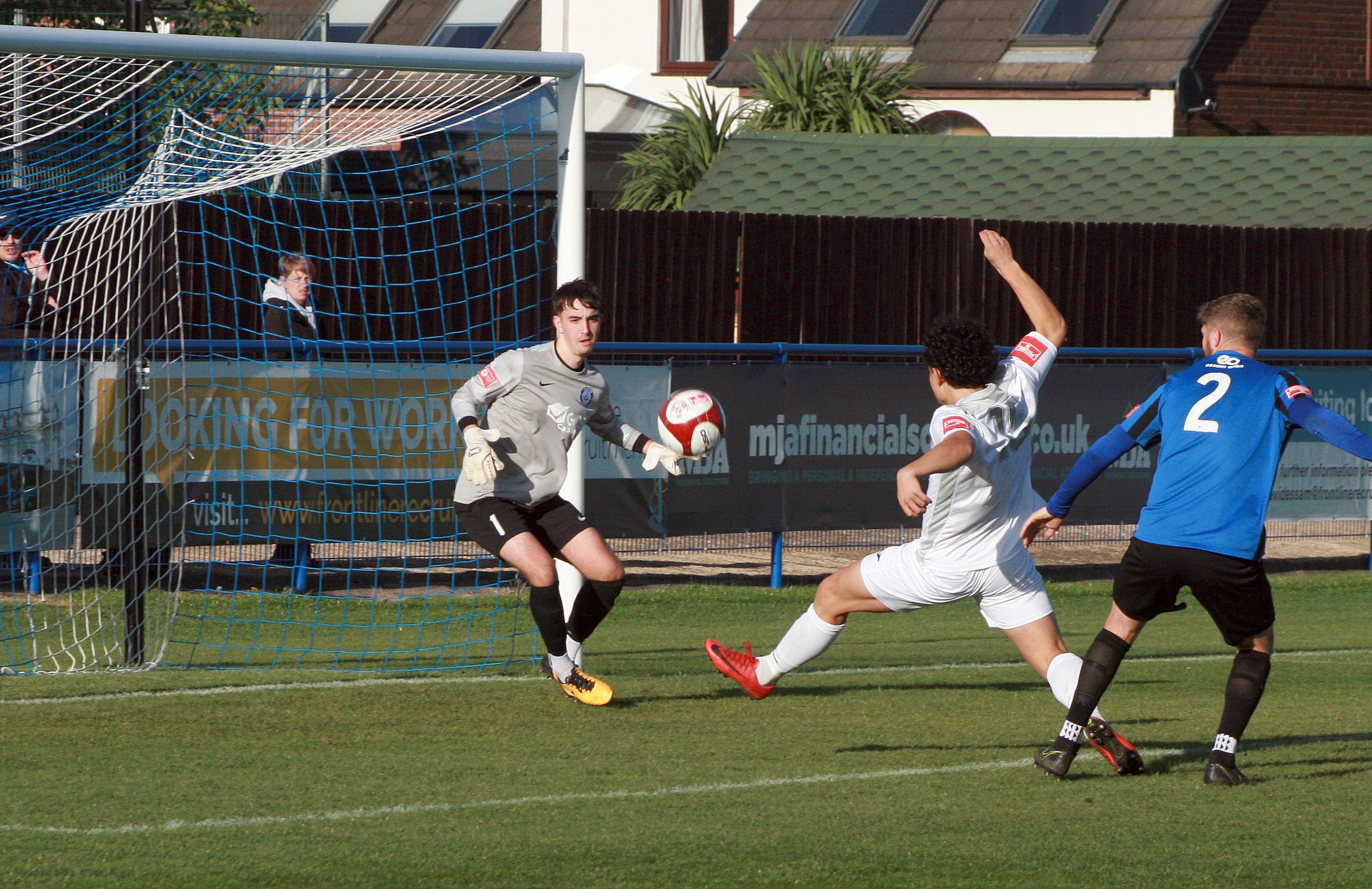 Honours were even at the final whistle, after highly entertaining and competitive Northern Premier League match. After a run of six straight away games, Consett will be looking forward to returning to Belle View for the first time since 27 August when they entertain West Auckland in the Durham Challenge Cup on Tuesday night.