The game was preceded by a minute’s applause in memory of all those friends and family members we’ve lost in the last 18 months, particularly Steven Clark, who died this year. A Consett AFC shirt was presented to his son, pictured below, and,at his family’s request, a collection held in aid of the Motor Neurone Disease Association. 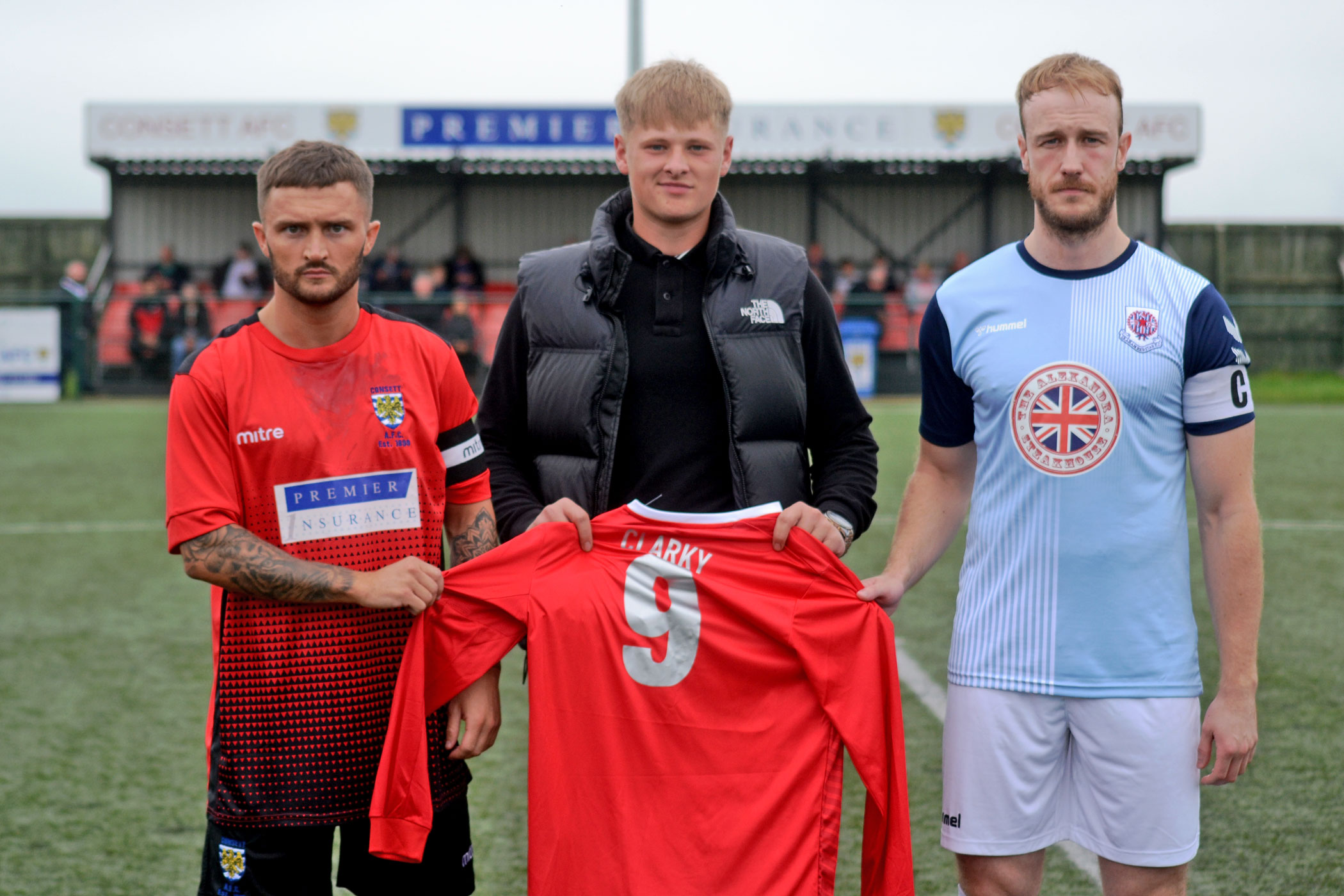 The game got off to a tentative start, with both sides sounding each other out, and the first chance fell Consett’s way after 10 minutes, when, after a patient build-up, Exley fired wide from an acute angle.

On 18 minutes the Steelmen went even closer when Guy’s effort from the edge of the box was deflected just wide.

Consett opened the scoring in the 26th minute when Carl Lawson took Calvin Smith’s crossfield ball down on his chest, turned, and smashed an unstoppable effort in off the bar from 22 yards, pictured below. 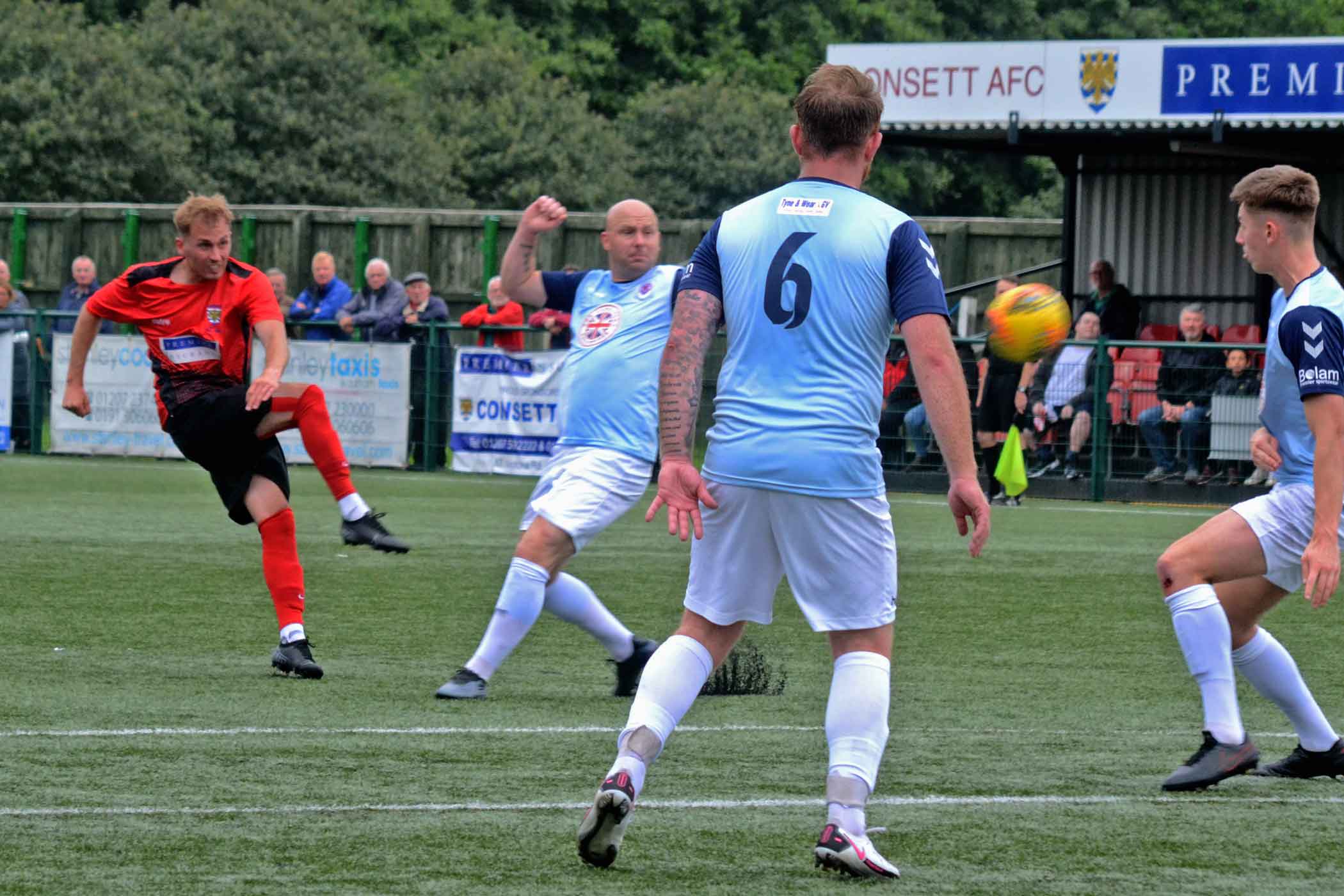 Seaham players and staff were incensed, claiming he had handled the ball, but the referee was having none of it and the goal stood.

The goal signalled the start of a good spell for the visitors, and on 33 minutes they had the ball in the net again, but this time it was ruled out by the linesman’s flag.

There were no changes at the break, and Consett had the first chance of the second half, with Ross Wilkinson stooping low to get his head to Carr’s floated free-kick from the right, but the connection wasn’t enough to trouble the keeper.

On 51 minutes Smith – playing, unusually, as a conventional centre-back – picked up Consett’s first yellow card of the season, for a foul on the halfway line.

A minute later the Steelmen were grateful to keeper Kyle Hayes for saving with his feet from Adam Lennox, in what turned out to be Seaham’s best chance of the half.

The visitors’ veteran midfielder Lee Kerr then hit a shot which was heading for the top corner, but Hayes read it all the way and made a comfortable save.

On 58 minutes Consett were forced into a change when Wilkinson limped off after a late challenge which earned Seaham midfielder Mark Robinson a yellow card. The big centre-half was replaced by Arjun Purewal, who took the captain’s armband from Carr.

Five minutes later the home side regained the lead with a fine goal. Guy started the move in midfield, spraying the ball out wide for Pearson. 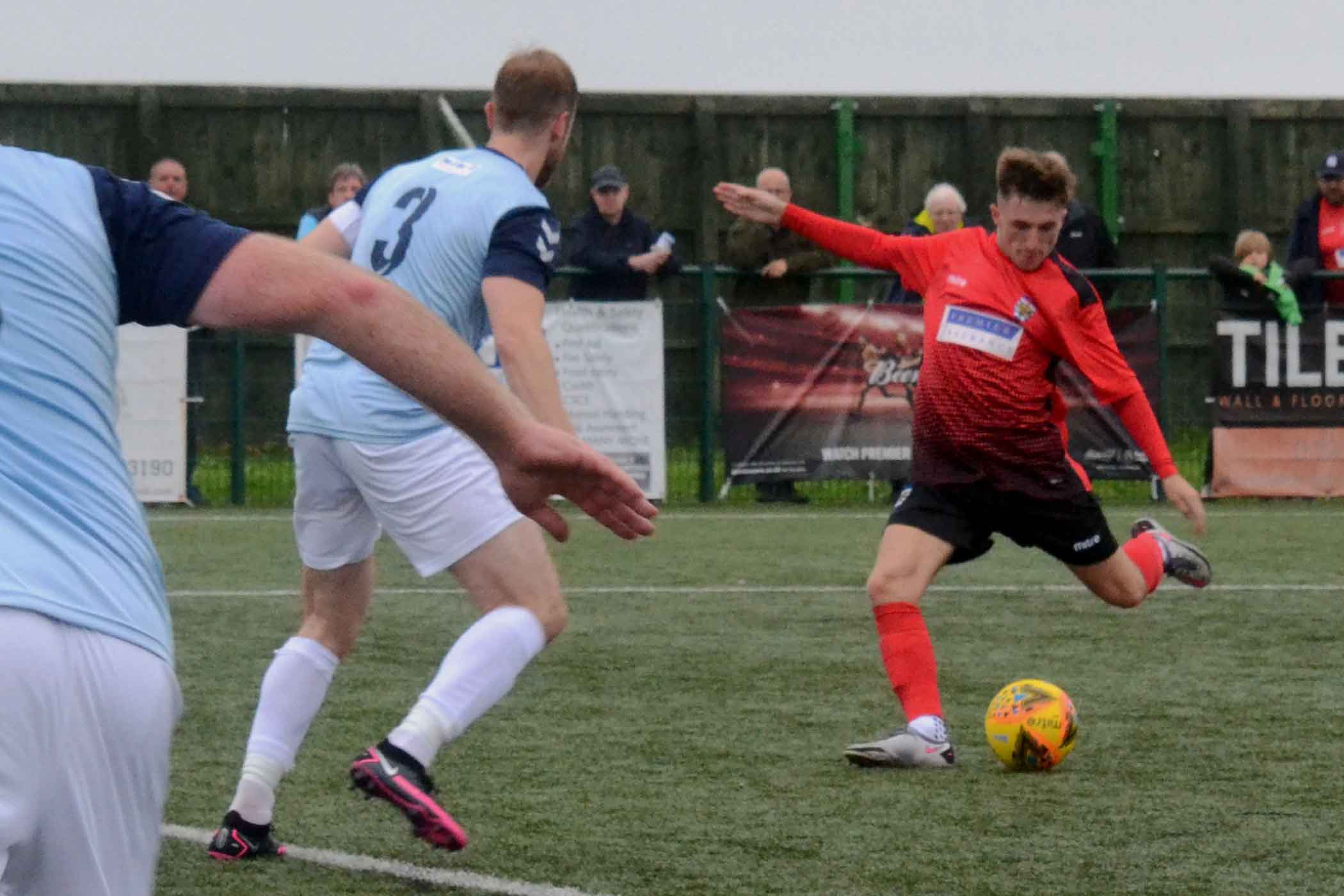 Consett’s tails were up, and Lawson, Pearson and Exley all had chances to increase the lead before they scored a third goal to clinch the game in the 79th minute.

The final score could have been more. Jennison made an excellent save from Orrell, who burst clean through after robbing Kerr in midfield, and sub Dan Marriott curled an effort just wide after Orrell turned provider.