A late goal from birthday boy Luke Carr gave Consett a hard-earned 2-1 win at Ryhope CW to put them seven points clear at the top of the Northern League.

The little playmaker celebrated turning 28 with a man of the match performance, capped by scoring the winner 10 minutes from the end.

But the Steelmen again had to do it the hard way, coming from a goal down to turn the game at Ryhope Recreation Ground around.

Manager Terry Mitchell made one change from the side which had beaten Whitley Bay three days earlier, with Colin Larkin, pictured below, coming in for Stephen Callen at No 11. The hosts had one former Consett player in their side, left-back David Gordon. 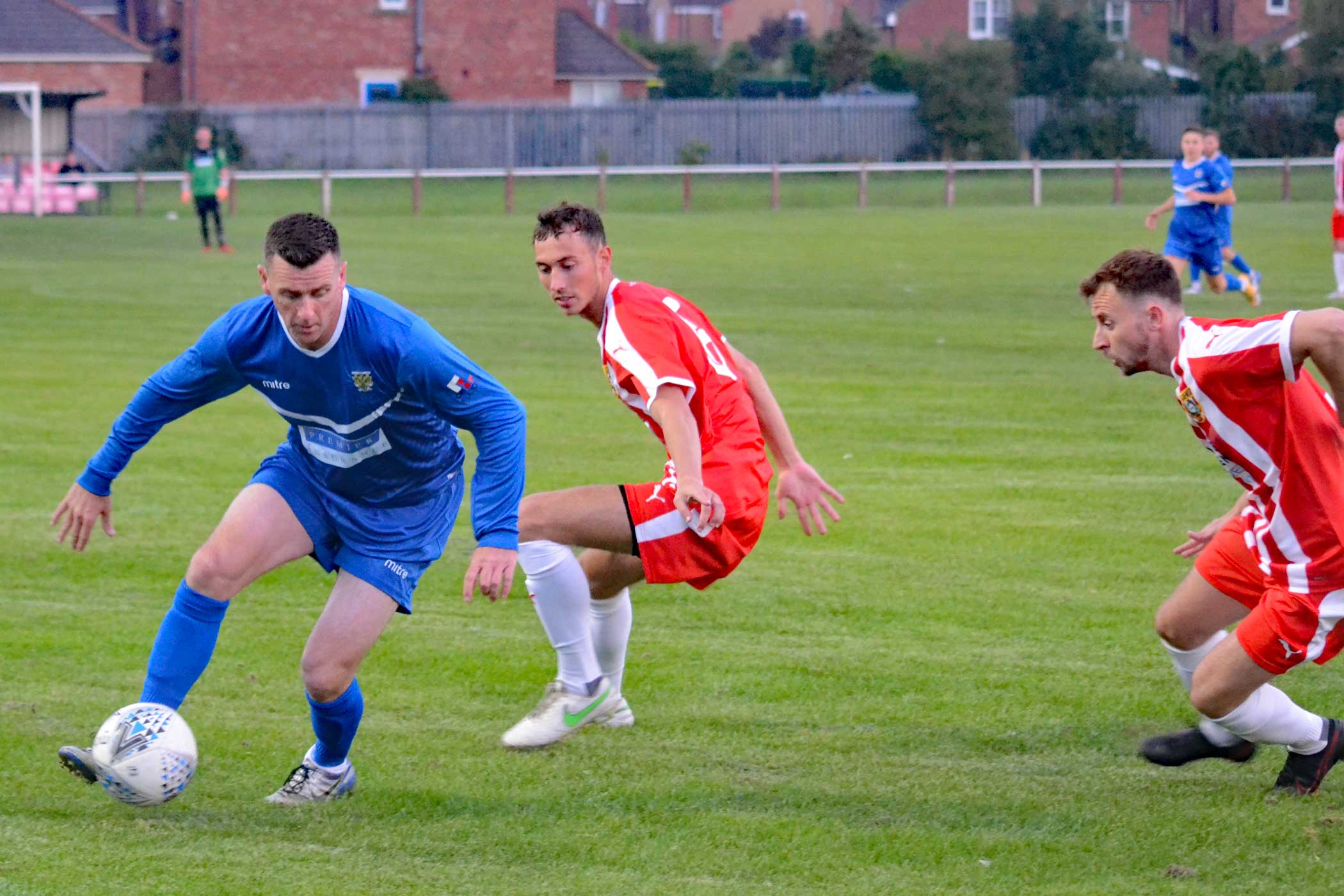 After a nip and tuck opening period Consett had a decent penalty shout turned down in the 13th minute when Dale Pearson went down under a challenge from Robbie Bird.

Ryhope suffered a blow in the 20th minute when their captain, centre-back Ben Riding, seemed to pull something and had to be substituted, but the reshuffle didn’t seem to affect them too much.

On 21 minutes Jake Orrell’s curling cross from the left evaded everybody in the middle and came back off the post, with the keeper beaten, pictured below. 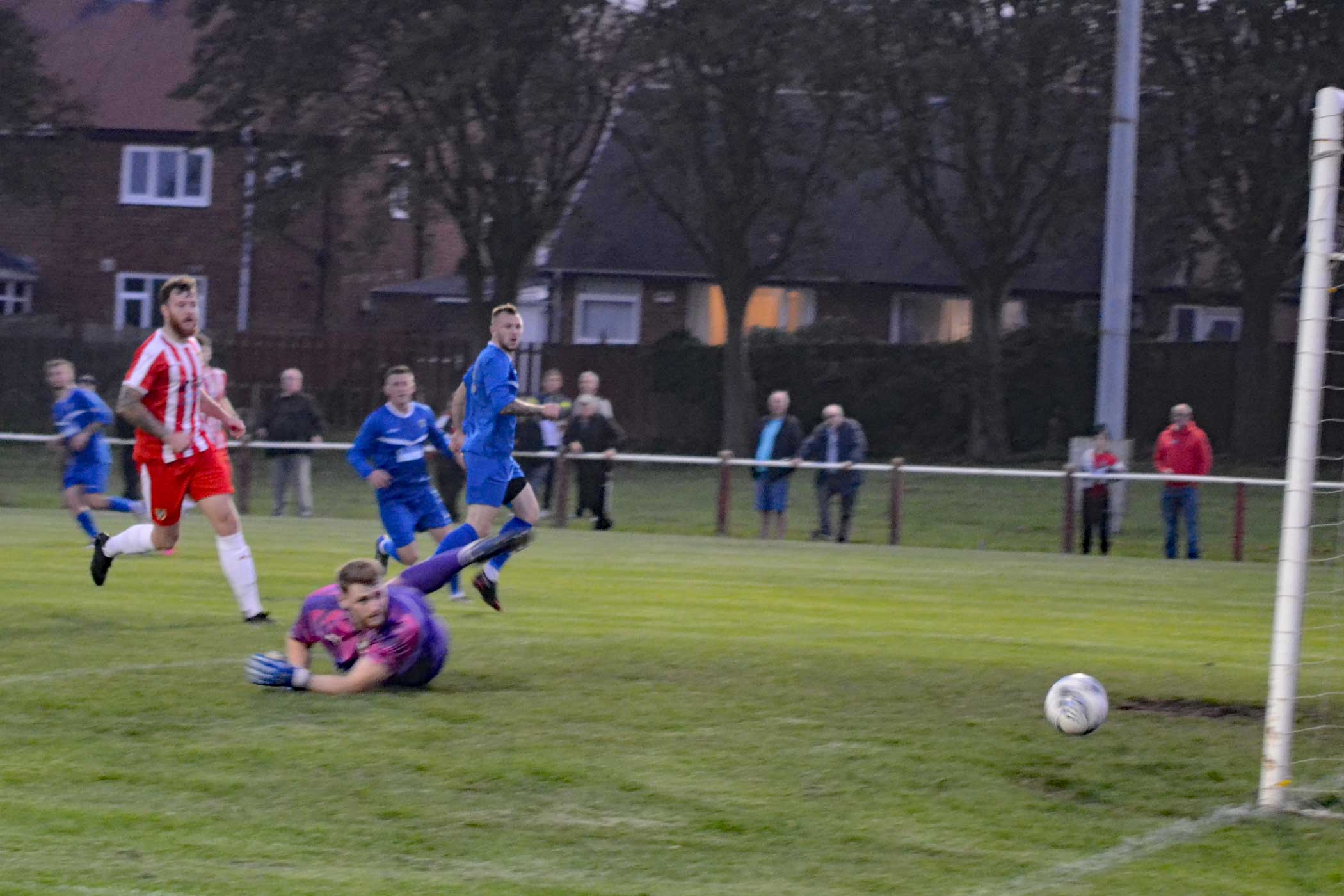 Ryhope had their moments too, and took the lead on 34 minutes when Karl Southern won the ball and slipped it to Bird, who released James Ellis down the left. The No 11 cut inside, and his shot from just inside the box found the back of the net with the aid of a slight deflection.

Four minutes before half-time Consett had an excellent chance to level when Ryhope keeper Jordan Harkess made a good save from Carr’s 20-yarder. Colin Larkin, following in, looked certain to score from the rebound, but put it over the bar.

The Steelmen didn’t have to wait long for parity, as on the stroke of half-time they found an equaliser. Jermaine Metz’s long throw was helped on by Calvin Smith, and Dale Pearson did the rest, smashing the ball into the roof of the net.

It was the big striker’s 11th goal in 12 games this season, and he nearly had another in added time, but had the ball whipped off his toe by the alert Harkess after a glorious pass over the top.

It remained 1-1 at half-time, but Consett were indebted to Hayes for keeping it that way 10 minutes into the second half, making a fine diving save from Bird.

Larkin had a chance to put Consett ahead when a great Cross by Carr picked him out, but a defender got back to block, and then Purewal had an almost identical opportunity from a corner as the one in the first half, and again headed just wide.

Not content with a point, Consett brought on forward Stephen Callen for left-back James Martin, and he was immediately involed, linking up well with Pearson, but hitting his shot straight at the keeper.

The Steelmen got the winner their adventurous approach deserved in the 80th minute, when the ball fell to Luke Carr just outside the box and he beat Harkess with a well-struck low drive. 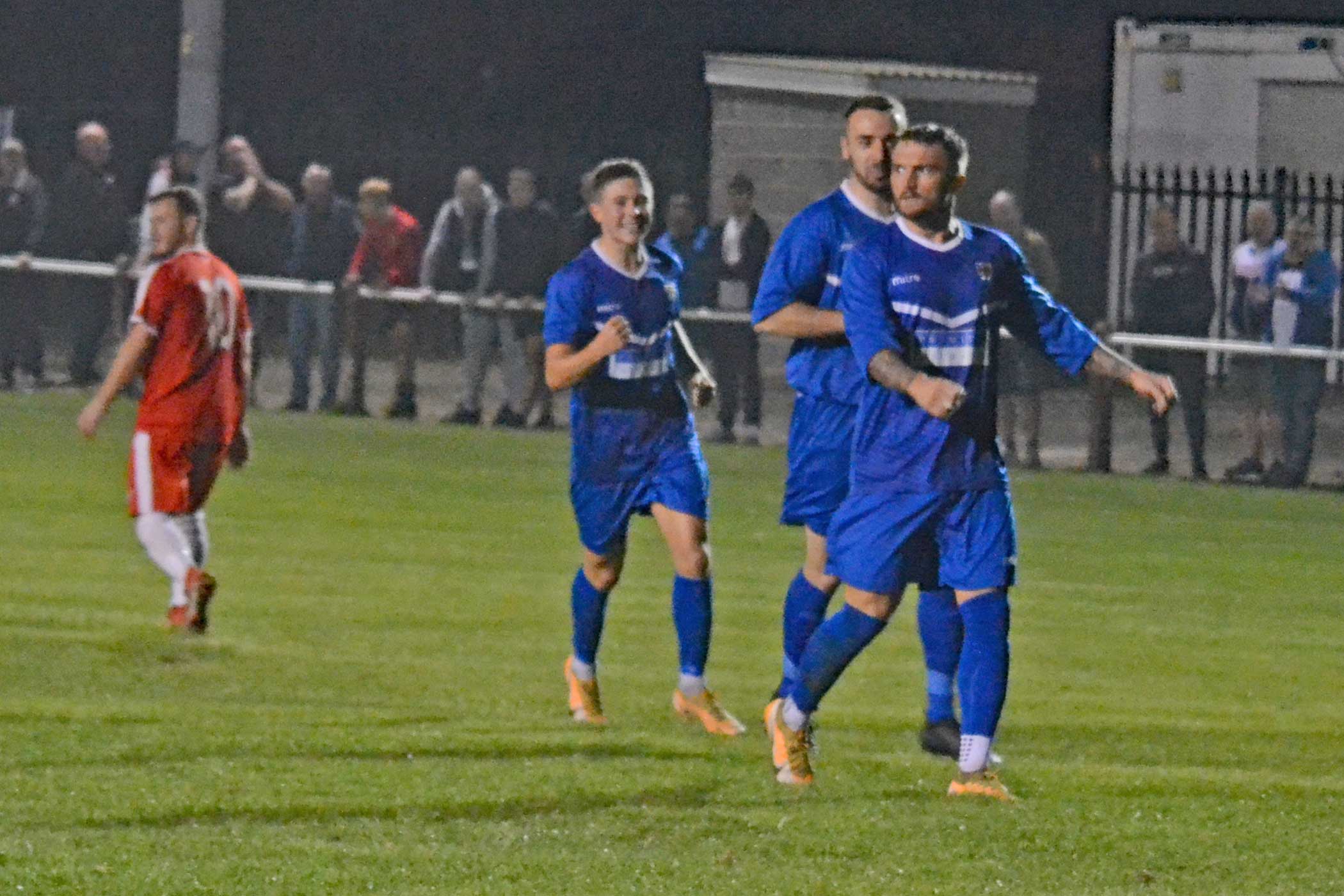 Hayes saved again from Ellis as Ryhope threw everything at the visitors in a bid to grab a point, but it was Callen who came closest to adding to the scoresheet, as his near-post effort from Larkin’s pullback was blocked.

When the final whistle went it was the big Consett contingent in the crowd of 217 who were celebrating.

It was quite a night for matchwinner Luke Carr. A hard-working performance earned the No 10 man of the match plaudits from many fans, and he needed treatment after being felled by a stray arm.

He also ‘took one for the team’ by collecting a stoppage-time yellow card to prevent Ryhope mounting one last raid on the Consett goal. But his celebratory beers will have to wait – he was straight off to work for a night shift!