Consett maintained their three-point lead at the top of the Northern League with a hard-fought 2-1 win over Sunderland RCA at a blustery Meadow Park.

Manager Terry Mitchell made one change from the win over Penrith seven days earlier, with the recently re-signed Ross Coombe replacing the unavailable and previously ever-present Kyle Hayes in goal.

Attackers Colin Larkin and Carl Lawson were returning to their former stomping ground, though a third old boy, Stephen Callen, missed out through injury.

RCA’s central defensive partnership of Dan Hawkins and Simon Jakab were both facing their old club, and the hosts had another ex-Steelmen, Nathan Lawrence, among their substitutes.

The home side were kicking down the slope in the first half, and Consett’s afternoon almost went downhill after only three minutes when RCA striker Michael Annang-Colquhoun had a chance from close range, but somehow failed to convert.

RCA had another chance on 14 minutes, when Chris Winn threatened to burst through, but Nick Allen took one for the team by wrestling him to the ground, and picking up a yellow card in the process. The resulting free-kick was fired into the wall, and Layton Watts put the rebound over the bar.

There was a nervy moment for Coombe on 17 minutes when his poor kick-out went straight to the dangerous Winn, but skipper Arjun Purewal came to his rescue with an important block.

Larkin was looking lively for Consett, and brought the first save of the game from RCA’s keeper on 18 minutes, though it wouldn’t have counted if he had scored, as he was ruled offside.

But there was nothing wrong with the strike which put Consett ahead in the 22nd minute. A flowing move ended with right-back Jemaine Metz crossing hard and low, and Colin Larkin anticipated it perfectly to finish at the near post, for his fourth goal in as many games.

Larkin almost made it two on 33 minutes when he latched onto a through ball by another ex-RCA player, Carl Lawson, rounded the keeper, but could only find the side netting from a tight angle.

A minute later RCA left-back Kieron Charlton got forward to join the attack, and sent an effort flashing across the face of goal, but that was it for the first 45 minutes in a game of few clear-cut chances.

If the first half had been tight, the second half was more of the same. Larkin had Consett’s first chance in the 54th minute, but couldn’t get his header from Jake Orrell’s cross on target.

Midway through the half RCA found an equaliser when a cross to the back post held up in the air, and Matty Weirs got in behind his man to make it 1-1 from close range.

On 71 minutes Consett had to thank Coombe – who was making his second debut for the club after three years away – for superbly tipping another effort by Weirs onto the woodwork. 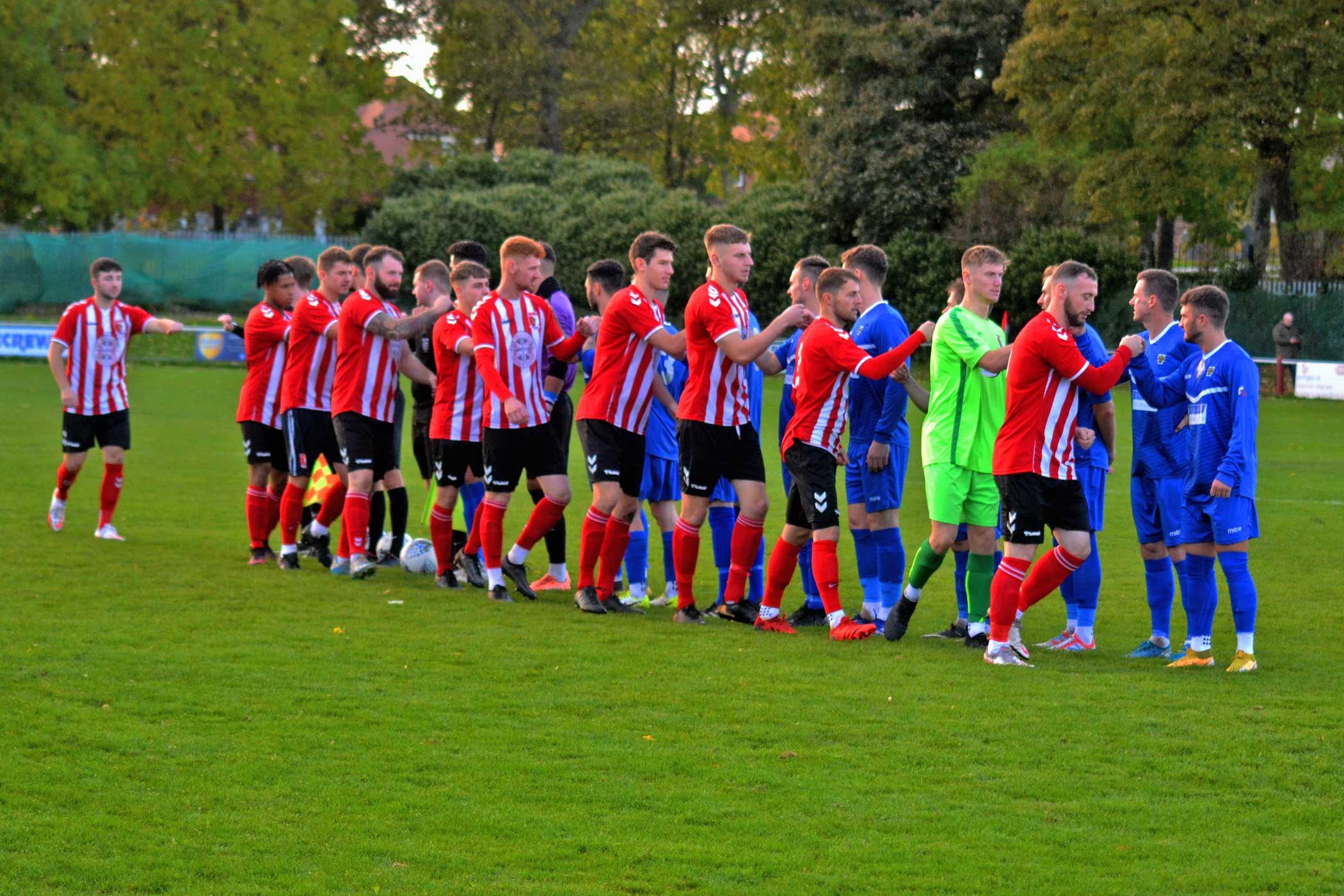 And with eight minutes to go the Steelmen got their reward for a gritty performance when a sublime flick by Larkin picked out Luke Carr‘s run, and the playmaker held his nerve to finish from 10 yards. It was the third successive game he’s scored in.

There was almost a third goal when Purewal’s header from Orrell’s corner threatened to loop into the far corner with five minutes to go, but RCA’s young keeper Harrison Bond – on work experience from Sunderland AFC – showed a safe pair of hands, as he had all afternoon.

The ground-out win meant Consett remained three points clear at the top of Division One, while second-placed West Auckland plus Thornaby and Ryhope CW from the chasing pack also won. North Shields did not play, and Newton Aycliffe surprisingly lost at home to lowly West Allotment Celtic.