Consett got their preparations for their first ever season in the Northern Premier League underway with a 4-2 defeat to Berwick Rangers at Shielfield Park.

In an eventful first half, The Steelmen took the lead twice through Zak Atkinson and James Metcalfe, however were pegged back on both occasions through Lewis Baker and Liam Buchanan.

The Wee Gers went into the break a goal to the good as Buchanan struck again, and the lively striker secured the win by completing his hat-trick in a much less eventful second half.

Consett started the game fielding five of their new summer signings, with the other three appearing from the bench in the second half, while two trialists were included in the squad.

It was two of the new boys that combined in the fourth minute to put Consett ahead, although the initial good work was done by skipper Matty Slocombe. He won the ball in the centre circle and drove towards the Berwick goal. 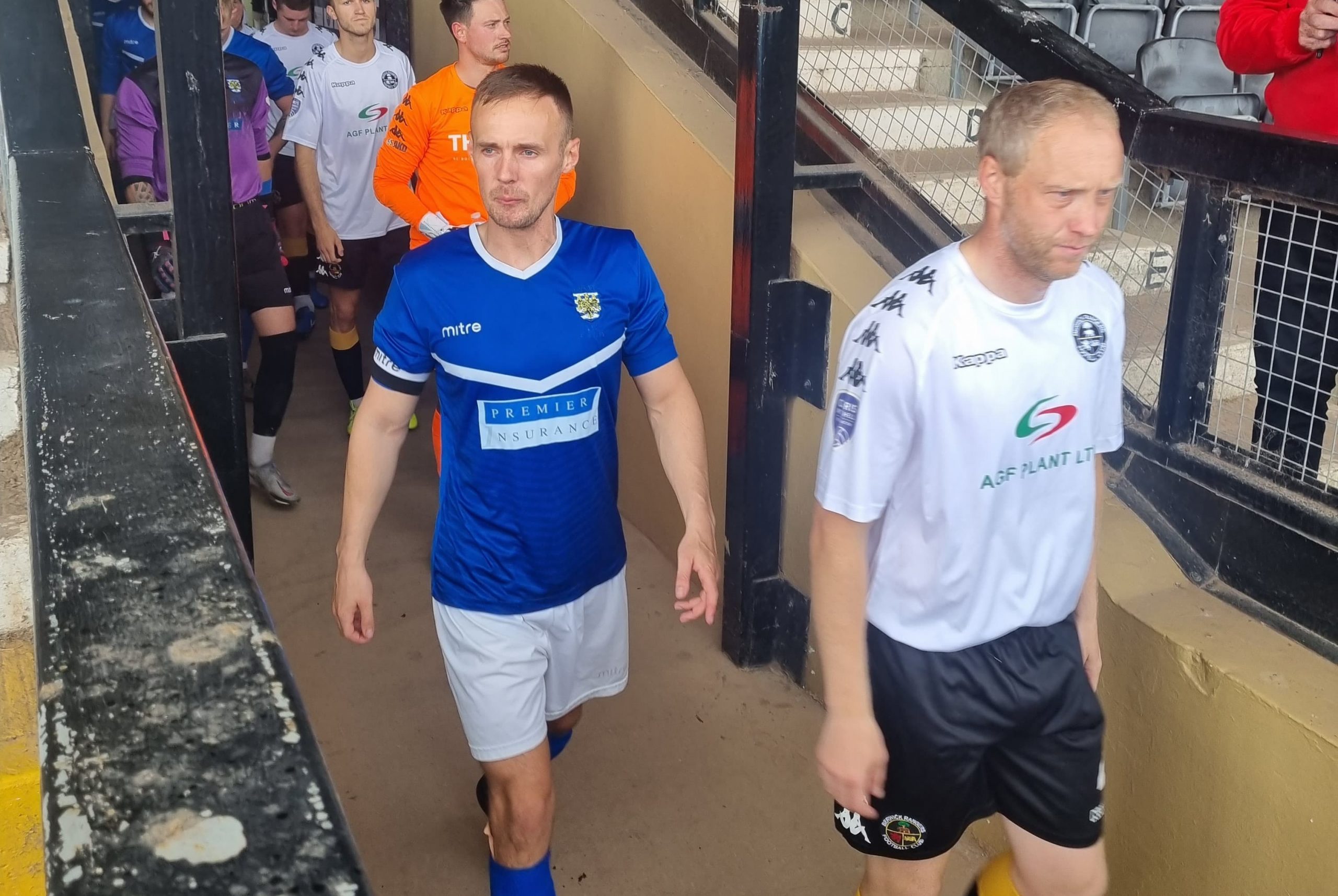 He managed to find Cyril Giraud who he played a lovely pass into the feet of Zak Atkinson and although home keeper Calum Antell got something on Atkinson’s shot, it had just enough to get over the line.

The lead didn’t last long, as on 11 minutes Consett struggled to clear a cross into the box and the ball eventually fell to Lewis Baker 16 yards out, who rifled home past Ross Coombe.

Although he couldn’t do anything about the equaliser, Coombe had to be alert on 22 minutes at his near post to keep out an effort from pacey right winger Graham Taylor.

Five minutes later the visitors took the lead again, this time from a set piece. A corner from the left was whipped in by Lewis Green and nodded down by Atkinson, and following a bit of pinball, James Metcalfe, pictured, was on hand to poke home from close range. 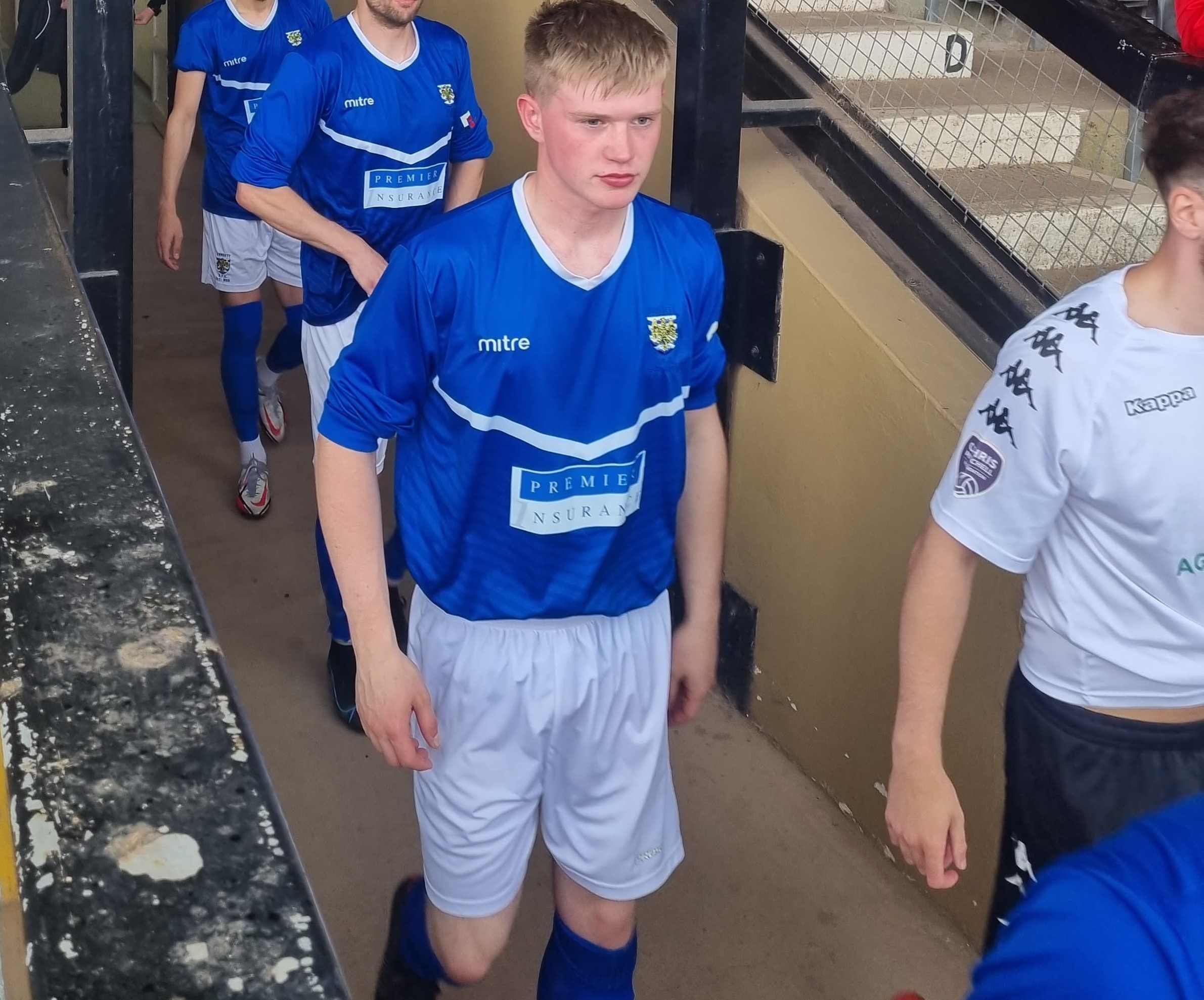 It was end to end stuff, with both sides looking lively up front, however it was Berwick who struck the next goal on 35 minutes as Liam Buchanan robbed Metcalfe of possession and the number 10 advanced on goal before rounding Coombe and slotting home into the empty net.

Three minutes later Berwick were ahead and it was Buchanan again as he capitalised on a long ball down the right, which Kieren Aplin misjudged and failed to cut out, allowing the Berwick striker to advance on Coombe and smash the ball into the top corner.

It was all Berwick at this point and Consett were indebted to Coombe for only going into the break one goal down, as the keeper made three excellent saves just before half-time, first a double save from Lewis Baker and then right on the stroke of half-time, a wonderful save from Graham Taylor who was clean through on goal.

The second half began with just the one change as Mark Foden replaced Coombe in goal, although Atkinson had been replaced by a trialist just before half-time after he had failed to shake off a knock he took earlier in the game. 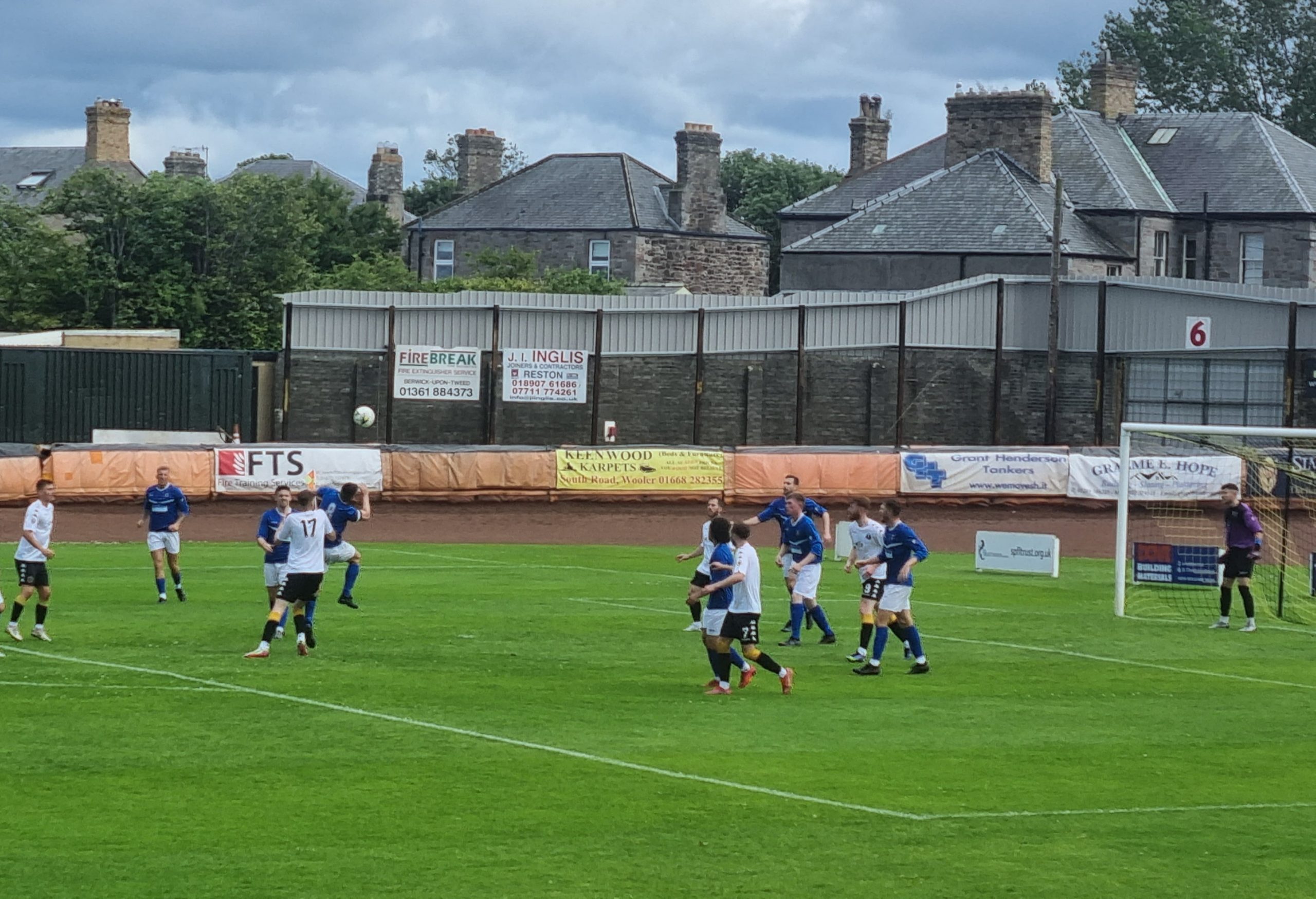 Berwick were soon on the front foot and almost extended their lead on 50 minutes as a cheeky close-range flick from Alexander Harris beat Foden, but Metcalfe managed to get back and clear off the line.

Foden was called into action on 58 minutes as Harris went clean through on goal, but the recently-signed keeper expertly spread himself to make the save.

As is often the case in pre-season, the game started to become fractured from the hour mark onwards as a series of substitutions took place and players started to feel the exertions of what had been a breathless first period.

Consett did enjoy a good spell around 70 minutes, with Callum Elliott putting in some excellent crosses from the right, but on each occasion the trialist striker was inches away from connecting. 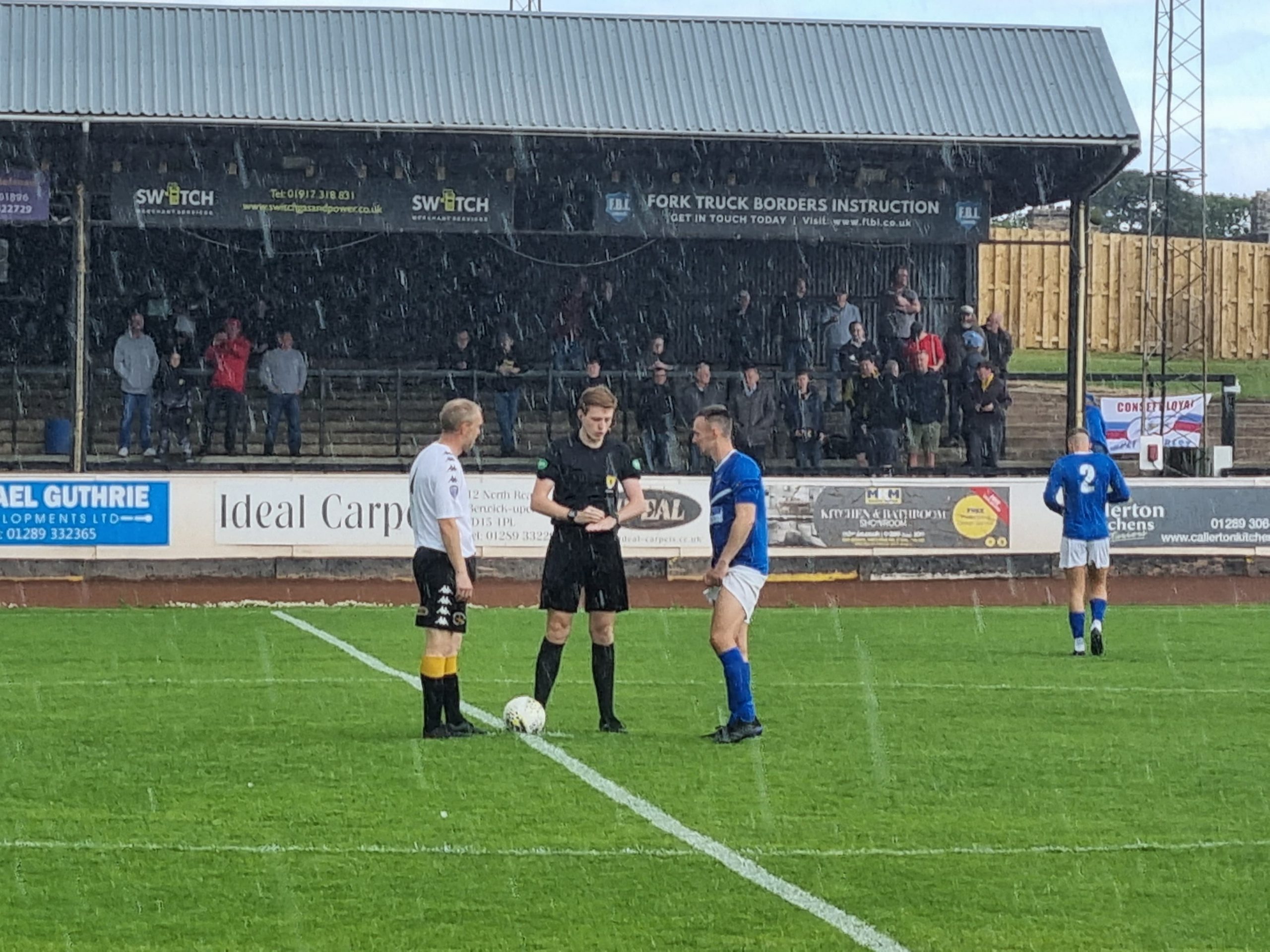 There was to be one more goal in the game and it was Buchanan who put the game beyond doubt and completed his hat-trick in the process as he finished low past Foden from 25 yards five minutes from the end. It was a good effort, but one which the keeper would expect to keep out.

The final whistle came with the home side running out 4-2 winners, however there were plenty of positives for Consett to build upon after an excellent first work out against a good side who are further along in their pre-season preparations, with their season starting on 23 July.

Subs used: 46′ Heaps for Lewis Baker; 61′ Kay for Antell and Trialist for Taylor; 70′ Barr for Anderson.