Manager Terry Mitchell was deprived of the services of six defenders for one reason or another, which meant midfielder Calvin Smith and left-back James Martin (making his first start after signing on dual registration from Whitby Town) lined up in the centre of defence.

Consett took the lead after nine minutes when recent signing Olly Scott crossed from the left and Stephen Callen volleyed in from six yards, for his first goal for the club, pictured below. 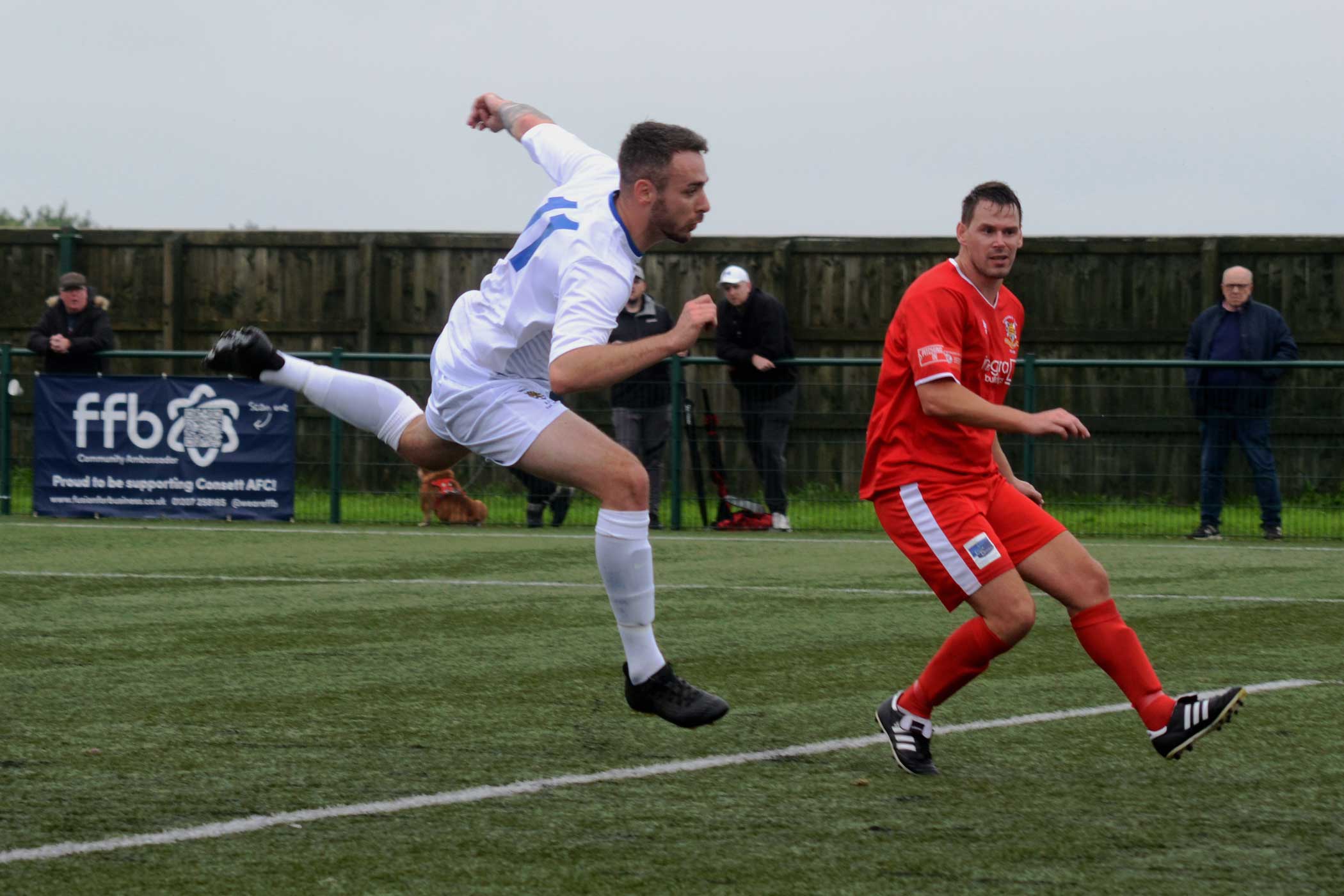 Two minutes later right-back Jermaine Metz almost doubled the advantage, firing just over the bar after going on a mazy run which took him deep into the visitors’ box. Then Jake Orrell curled a shot just too high after good work by Callum Guy.

On 14 minutes Dale Pearson latched onto a long ball and smashed a shot against the foot of the post, and two minutes later Olly Scott forced keeper Charlie Dixon to save down low after cutting in from the left.

Midway through the half Consett carved the visitors open with a patient passing move, only for Callen to fire into the side netting. The No 11 then fired wide from Pearson’s first-time lay-off from Smith’s free-kick.

With the Seasiders hanging on desperately, a second goal seemed only a matter of time, and Orrell almost got it on 32 minutes, but Dixon made an excellent save, and Guy was unable to make the most of the rebound.

The Steelmen dominated the first half, but had a let-off in the 39th minute. In their first real attack Bridlington had the ball in the net through Danny Earl, but he was denied by the linesman’s flag.

Consett hit the woodwork for the second time when Luke Carr’s free-kick on the stroke of half-time missed everyone in the box and came back off the inside of the post.

But they were made to pay for missed chances when Bridlington equalised in first-half injury time, Danny Earl going on a run down the left and finishing in off the near post. Consett should have been three up. Instead, it was all square.

A minute into the second half Consett regained their lead. James Martin’s ball through the middle was dummied by Guy, and Dale Pearson took it in his stride before smashing a shot into the net from 20 yards, pictured below. 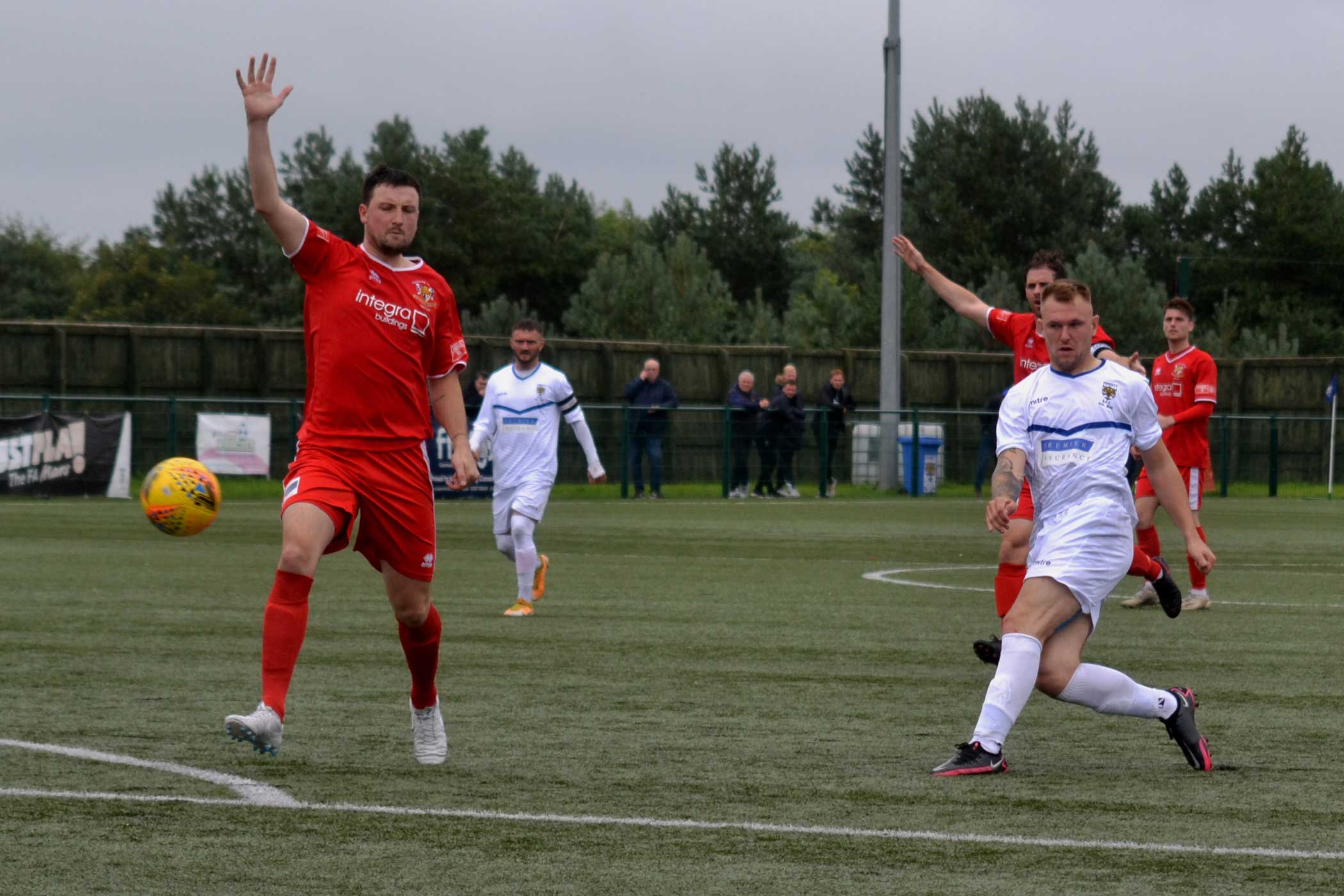 The next goal was vital, and both sides created and missed chances. Hayes saved with his feet when Earl found himself clean through, while at the other end Carr fired narrowly wide after good build-up play by Metz and Guy.

What was to prove the winning goal came on the hour, when Bridlington skipper Pete Davidson went on a surging run and played a neat one-two before firing a low shot past Hayes into the far corner.

Orrell was denied by another good save from Dixon after a neat one-two with Pearson, while the No 9 and Martin both fired into the side netting as Consett strived for an equaliser.

But the visitors defended resolutely, their game management was good, and they saw out the rest of the game, picking up a couple of bookings for time-wasting along the way, to take their place in the next round, despite being distinctly second-best for much of the game.