Consett welcomed fans back to Belle View Stadium for the first time since February, but there was no homecoming party as visitors Morpeth Town ran out 4-2 winners in the latest pre-season friendly.

Terry Mitchell was without eight players for a variety of reasons – not ideal against a side who will fancy their chances of promotion this season from the Northern Premier League’s Premier Division.

The Highwaymen, who looked good for a third successive promotion until last season was abandoned, took the lead on 11 minutes when a left-wing corner was flicked on, and Carl Finnigan volleyed home at the far post.

Five minutes later it was 2-0 as Consett gave the ball away in their own half and left Liam Henderson with a one-on-one which he gratefully accepted.

On 24 minutes the visitors extended their lead further when Consett failed to deal with the overlapping Stephen Forster, and the right-back smashed the ball into the top corner.

Consett had a good chance to reduce the arrears on 29 minutes when Michael Mackay’s initial effort was blocked and Calvin Smith lifted his follow-up over the bar. 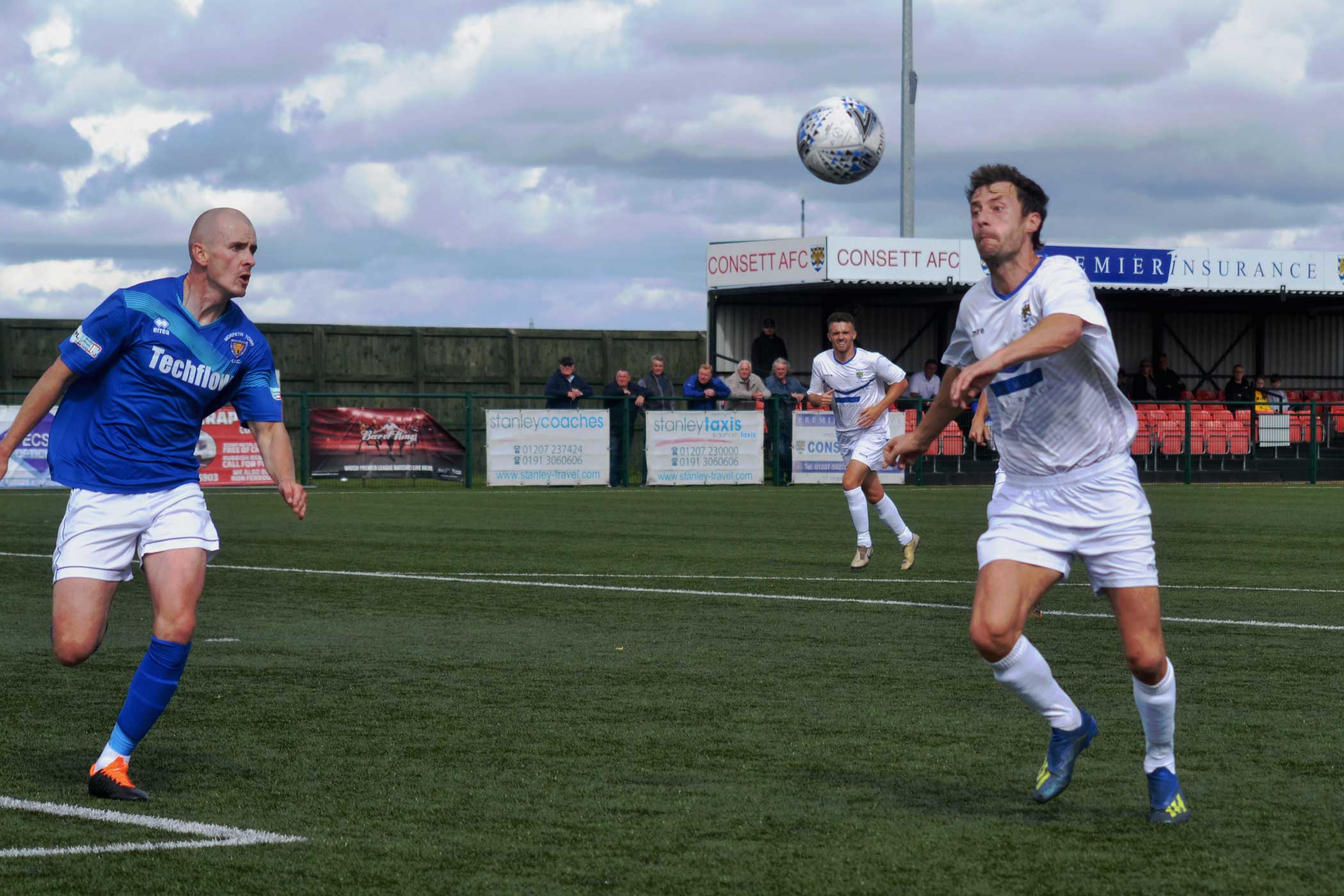 Four minutes before the interval Smith was within a whisker of scoring with an exquisite lob, but Morpeth keeper Dan Lowson managed to get a fingertip on the ball to divert it onto the post.

The second half saw both sides make full use of their substitutes, and although Jake Orrell had a couple of chances for Consett, home keeper Joe Atkinson made two good saves, as he had in the first half, and Morpeth’s Ben Sayer saw a well-struck effort fizz just over the bar.

Morpeth made it 4-0 in the 81st minute when their hosts gave away possession again, and Jack Foalle took advantage to finish at the near post.

It was beginning to look like a drubbing, but to Consett’s credit they kept going, and managed to get on the scoresheet twice to give their supporters something to cheer.

First, Calvin Smith‘s low drive from 25 yards beat Morpeth’s sub keeper with the help of a deflection from a defender in the 83rd minute.

Then, with two minutes to go, Daniel Marriott’s left-wing corner found Arjun Purewal in the six-yard box, and the Consett skipper fired home, pictured below. 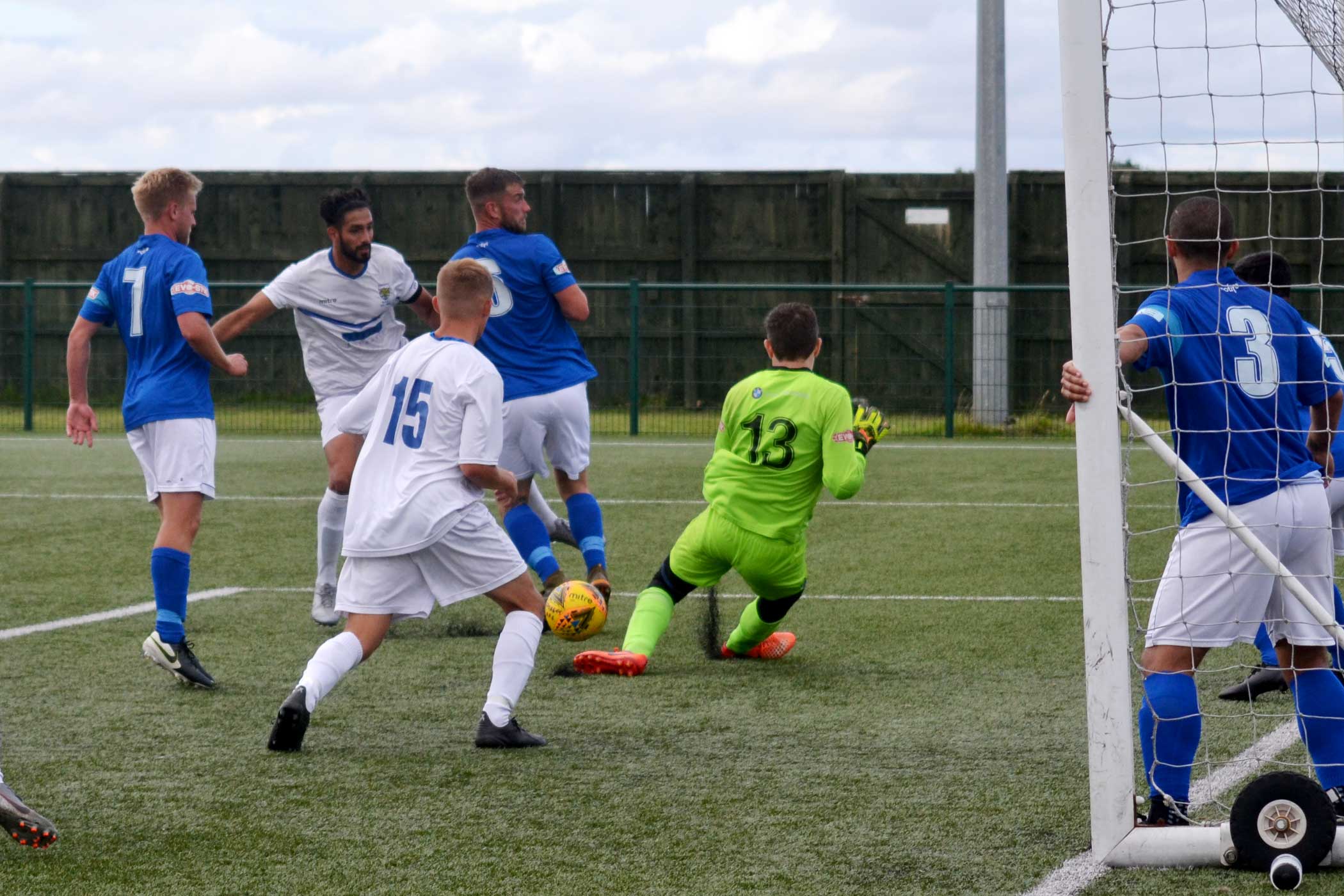 Given their depleted side and the fact their opponents play two divisions higher, Consett more than held their own for most of the game, apart from that 15-minute spell in the first half when they conceded three goals.

Hopefully, the next game at Belle View, against Ryhope CW in the FA Cup on 1 September, will see some of Consett’s absentees back to strengthen their ranks.