Consett made it to the FA Vase 4th Round after an excellent performance saw them win 4-0 at fellow Northern League club Newcastle Benfield.

Interim manager Andy Coyles was without the services of seven players, and had to name two youngsters, David Richardson and Kieran Scott – who’d both played for and scored for the U19s in their game that morning – among his substitutes.

But the Steelmen made light of the absentees with a performance which saw them dominate the game from start to finish. They made just one change from the win over Whickham eight days earlier, with Matty Slocombe returning from suspension in place of Nick Allen.

Consett went ahead after just five minutes, when Jake Orrell’s pass sent Colin Larkin clear, and the veteran striker made it 1-0 by lobbing the onrushing keeper from 12 yards.

On 20 minutes Consett should have doubled their advantage when Luke Carr’s deep free-kick found Calvin Smith unmarked at the back post, but he put his header wide.

But on 26 minutes it was 2-0, when Colin Larkin took a pass from Olly Scott and fired into the corner, pictured below, despite the attentions of two defenders. 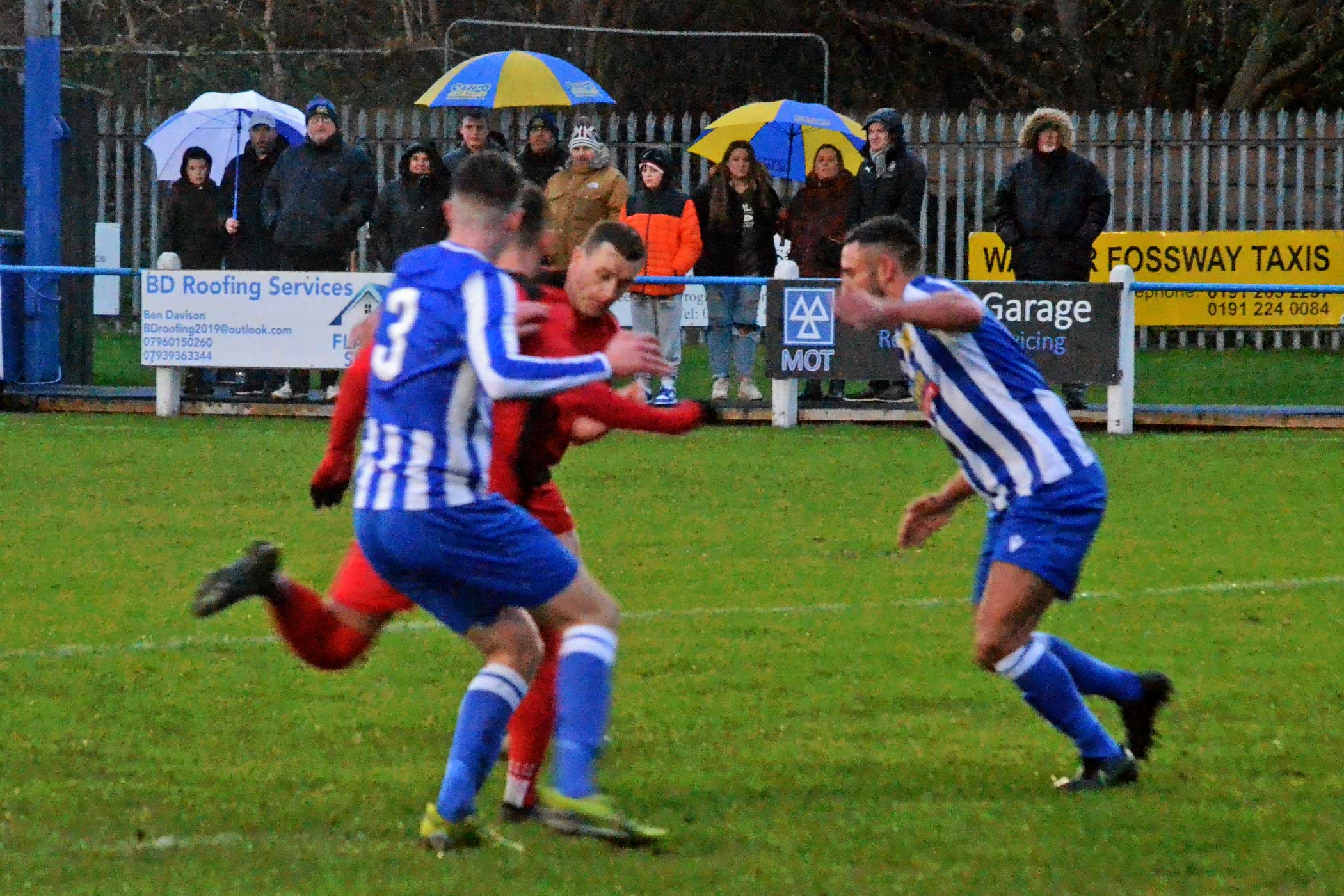 Two minutes before half-time the Steelmen grabbed a third goal, and took complete control of the tie, as skipper Arjun Purewal scored with a glancing header from Orrell’s left-wing corner.

On the stroke of half-time they almost made it four when Darren Holden charged down the right, cut inside, and fired a fierce left-footed effort just over the bar.

A minute into the second half another Orrell inswinger caused chaos in the six-yard box, but Benfield managed to hack the ball off the line before Consett could force it home.

On 49 minutes Consett had another chance, when Benfield old boys Dale Pearson and Luke Carr combined, with the latter firing just over the bar from the edge of the box.

The game was wrapped up in the 72nd minute when Carr picked up a loose ball in midfield, danced through a few challenges and forced a good save from the keeper, only for the rebound to fall to Dale Pearson, who blasted home his 19th goal of the season, pictured below. 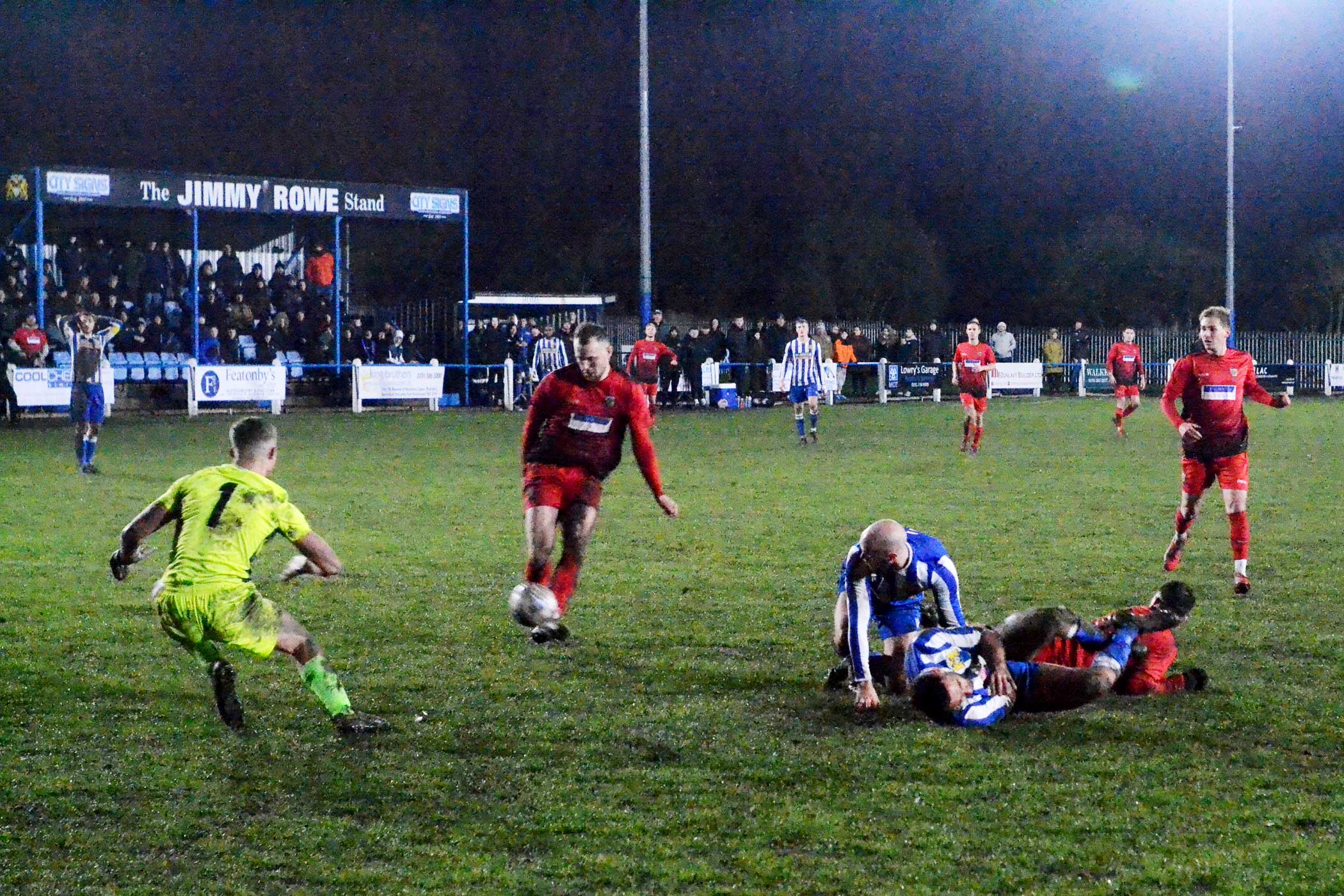 Four minutes from the end Consett almost had a fifth when the outstanding Orrell ran through on goal, but he was denied by a fine stop by keeper Alfie Gordon.

It was a comfortable win for Consett, who defended so well that keeper Kyle Hayes didn’t have a shot to save, with eternal nemesis Paul Brayson scarcely getting a kick. As a postscript to the match, Benfield parted company with manager Stuart Elliott by mutual consent the day after the game.

Consett are joined in the 4th Round draw by fellow Northern League club North Shields, who won 3-2 at NCEL side Barton Rovers on Humberside, but Billingham Synthonia are out, beaten 3-0 by Wythenshawe Town of the NWCL, who were among our opponents on our way to the 2020 final.