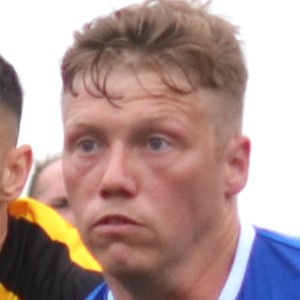 The attacking midfielder was one of Consett’s major summer signings, after spending the previous five seasons at West Auckland, where he scored 18 goals in 98 games.

Began as a schoolboy at Sunderland, and made his way through the ranks until he made his debut for the first team at Tottenham in May 2013.

A regular in the reserves in 2013-14, he was loaned out to Darlington near the end of the season, and eventually released.

Signed a two-year contract at Darlington, where he made 109 appearances, scoring 14 goals, and then had a year with Spennymoor Town, helping them to promotion to the National League North.

Joined West Auckland on loan in August 2017, before making the move permanent. Won the Durham Challenge Cup in 2021.