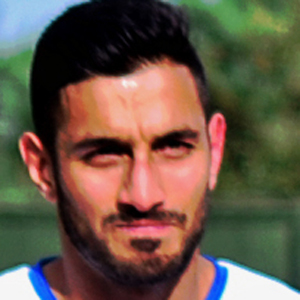 Signed in March 2017 from Jarrow Roofing, Arj, who is the twin brother of Hebburn’s Amar, has made 184 appearances for the club.

A Northern League winner at Darlington, he played higher up the pyramid for the Quakers, Durham City, Blyth Spartans and Whitby Town, as well as having two spells at Bishop Auckland.

A Panjab international, he was Consett’s Supporters’ Player of the Year and a Durham Challenge Cup winner in 2017-18.

A well-respected club captain since the start of the 2019-20 season, he figured in all but one game of our FA Vase run, scoring a vital goal vs Deal Town in the 5th Round, and was proud to lead the team out at Wembley for the final.

Sadly, he misses the start of our debut Northern Premier League season as he recovers from a fractured foot.