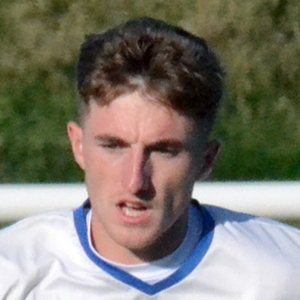 Signed in July 2021 after impressing in pre-season.

He had spent the previous two seasons with Blyth Spartans, making 13 starts and 4 substitute appearances in the National League North.

A graduate of South Shields Academy, he made 15 appearances for the Mariners’ first team over three seasons, scoring three goals.

Has previous Northern League experience during a loan spell at West Auckland.

Showed in pre-season that he knows where the goal is, and has a good work ethic too.

Made an immediate impact on his debut, scoring one goal and making another in the 3-1 win over Seaham Red Star on 31 July 2021.