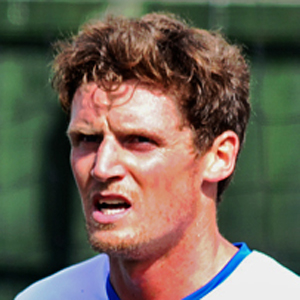 This is Calvin’s 9th season with the club, which he originally joined from Spennymoor Town in the summer of 2012. He had previously played for Durham City, Dunston and Blyth Spartans.

A class act, with a great range of passing, he scored 26 goals in 208 games over four seasons, including some superb long-range strikes, before following his big mate Michael Mackay to Jarrow Roofing.

After one season away he returned in summer 2017, and has been a stalwart of the side ever since, rarely missing a game.

A Durham Challenge Cup winner in 2018, he passed the 300-appearance mark for the club the following season and was joint-Player of the Year.

2019-20 saw him score 18 goals – his best-ever seasonal tally. An ever-present in the Vase run, he scored twice in extra time at Atherstone and got the goal v Bitton which took us to Wembley.