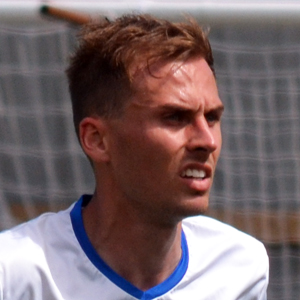 Attacker Carl became Consett’s second signing of the post-lockdown 2020 close season when he agreed to switch from Sunderland RCA, where he had spent the previous two seasons.

Carl, 26, was signed in July 2020 from Sunderland RCA, where he had spent the previous two seasons. He came up through the ranks at Sunderland Academy, and became a regular for the Black Cats’ Under-23s in the Premier Reserve League.

After being released he had spells at Whitby Town and Guisborough Town before joining RCA.

Made a memorable Consett debut v Ryhope CW in the FA Cup with two goals and an assist, but has been unable to nail down a regular starting place.

Came on as a sub in the Vase semi-final vs Bitton, and for the last few minutes of the final at Wembley.