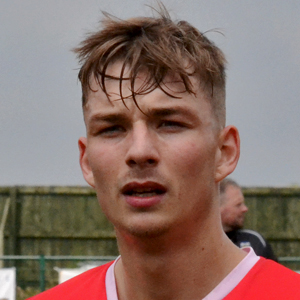 The left-back, who has lots of pace and loves to get forward to join the attack, was signed in summer 2021 from Whickham, where he had spent the previous two seasons, making 22 appearances.

A product of the Gateshead College Academy for Sport, he had a year as a full-time professional with Scottish Championship side Queen of the South, spending some time out on loan at Gretna 2008.

A good crosser of the ball, he also likes a crack at goal, as he showed in his first pre-season, scoring two goals.

Suffered a season-ending injury in training just three games into his Consett career, but is now on the road to recovery, and aiming to rejoin the squad for their first Northern Premier League campaign.