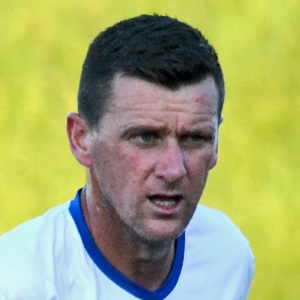 The hugely experienced striker followed RCA teammate Stephen Callen to Belle View in the summer of 2021.

Two goals and two assists in two 45-minute friendly appearances v Morpeth and Sunderland show that even at 39, he still has lots to offer.

Capped at U17 level by the Republic of Ireland, he was a pro at Wolves, and also played for Kidderminster Harriers, Mansfield Town, Chesterfield, Northampton Town and Hartlepool United.

Dropping into non-league, he has been at Lincoln City, Harrogate Town, Gateshead, and West Auckland, before moving to RCA in 2015.