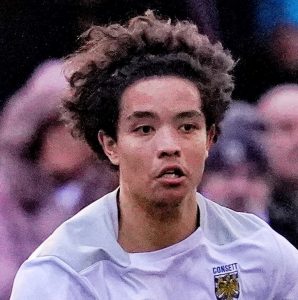 Tricky attacker Cyril Giraud was another of the raft of summer 2022 signings, joining from former Northern League rivals Thornaby.

The Frenchman started his career with Châteauroux in the French third division before being released.

After coming to the UK to study, he signed for Newcastle Benfield in July 2019 after scoring a hat-trick for them while on trial, and spent the next two years with the Lions.

Despite attracting interest from professional clubs, he moved to Thornaby in October 2021, and became a vital cog in the Teessiders team which finished third in the league last season.

He caught the eye in two games against Consett, scoring against us for both Benfield and Thornaby.