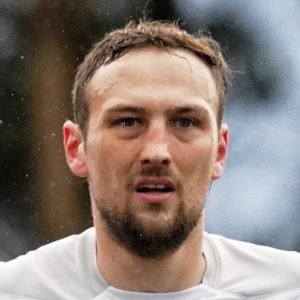 A commanding centre-back who was signed from Northern Premier League side Dunston on 21 January 2022.

Dominant in the air and good on the ground, he had been with the Tynesiders since 2016, having previously played for Bedlington Terriers and North Shields Athletic.

Made his Consett debut on 22 January in the 2-0 win at Newton Aycliffe and got his first goal v Ryhope on 12 February – the first of 4 in 13 games.

Missed several games in the promotion run-in due to a badly broken nose, but returned for the play-off, in which he played a pivotal role. Signed permanently in the summer on contract.