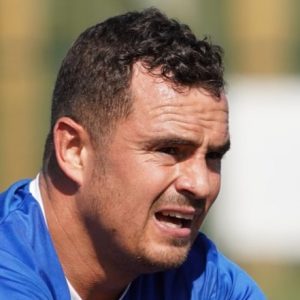 Rejoined his hometown club in the summer for a third spell after leaving fellow NPL side Shildon, where he’d spent the last three years.

He’s looking to add to his 257 appearances and 89 goals, which puts him 8th in our list of all-time scorers.

Danny was part of the Consett squad who were Northern League runners-up in 2010-11 before leaving for Dunston, where he won the FA Vase in 2013.

Known for his setpiece prowess, Danny captained Consett to the Durham Challenge Cup in 2017-18.