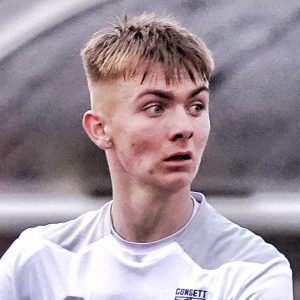 Declan, who’s just turned 18, was one of the Northern League’s most exciting young talents when Consett snapped him up in summer 2022 as they prepared to make the step up to the Northern Premier League.

The creative midfielder, who spent some time in Sunderland’s youth set-up, had spent the previous two seasons at Whickham, making his debut as a 16-year-old.

Good on the ball, he creates openings for others and has the ability to pick a pass, which he’s already shown in pre-season. A real one to watch for the next few years.