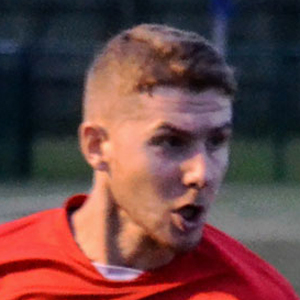 Harry, who’s from Greatham, was at Sunderland AFC Academy as a youngster and has previous Northern League experience with Billingham Town, but much of his football has been played abroad.

He attended Oliver College in Michigan, Bluefield College in Virginia, and Warner Pacific College in Portland, Oregon, where he captained the men’s side for two years.

He also played for PDX FC in Portland, Vancouver Victory, Croydon FC, AS Muret in France, Pontypridd Town, and SSV Langenauback 1920 and TSV Bicken in Germany, before heading home this summer.

Signed for Consett in July 2021 after impressing in pre-season friendlies, and made his first-team debut as a substitute in the 5-0 win over West Allotment Celtic on 10 August.