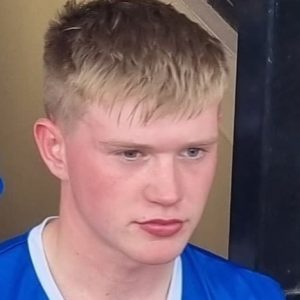 Centre-half James is from Swaledale, North Yorkshire, but the club didn’t hesitate to sign him in the summer of 2021 after he impressed in early pre-season games.

A former Darlington youth player, he’s also played for Richmond Mavericks in the Wensleydale League, and made his Northern League debut for Penrith when he was just 16.

He says his biggest influence is Liverpool and Netherlands centre-back Virgil van Dijk.

Made his Consett debut as a sub in the FA Cup at Whickham on August 6, and got his first start against West Allotment four days later.

He made 19 appearances and scored 3 goals in his first season, and is relishing the thought of stepping up to the NPL.