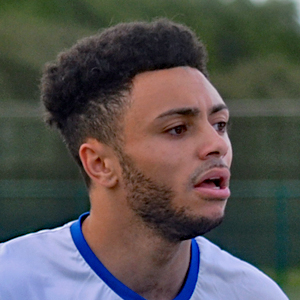 Signed in June 2019 after spending the previous season at Newton Aycliffe, Jermaine quickly became a crowd favourite with his attacking style.

A speedy right-back who loves to get forward, he has also played for Team Northumbria and Seaham Red Star in the Northern League, as well as Radcliffe FC in the Evo-Stik Premier League, and college football in the USA.

Made his debut on the first day of 2019-20 v Northallerton Town, and has missed just two games since.

Played every minute of our history-making FA Vase run, scoring vital equalisers at Winterton and Atherstone, and getting the assist for our second goal in the final at Wembley.