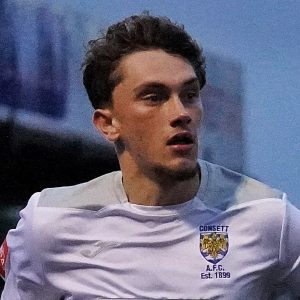 Signed on dual registration from Seaham Red Star on 30 October, Josh made an instant impact on his Consett debut v Grantham Town on 5 November, providing an assist for our first goal in the 2-2 draw.

Still just 19, he’s usually a right-back but can also play in the centre of defence.

Came up through the Sunderland AFC Academy, and played 18 games for them in the U18s Premier league, scoring five goals.

After being released he joined Seaham in September 2021, and has played 49 games for them, scoring three times.