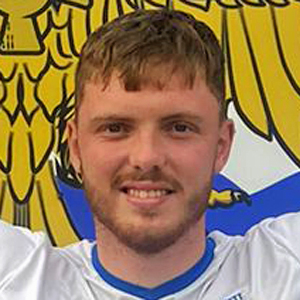 Gateshead-born left-back or midfielder Kieren spent several years at the Newcastle United Academy, where he was a regular in the U18s Premier League, and also played in the FA Youth Cup.

After his two-year scholarship came to an end in July 2018 he spent the following season at North Shields, where he had come up through the junior ranks.

Signed for Consett in July 2020 and spent pre-season at Belle View, but joined National League side Gateshead on 15 September 2020 without making a competitive appearance.

Made his competitive debut for the Heed in the FA Trophy v Farsley Celtic before the season was curtailed. Re-signed for 2021-22 but was loaned out to NPL side Hebburn Town.

He was released by Gateshead in June 2022, and was snapped up by Consett, who were keen to make use of his NPL experience.