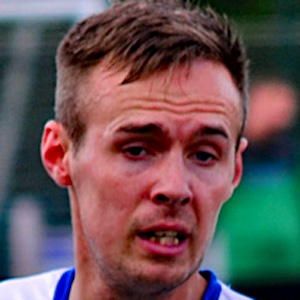 Matty is our longest-serving player, with 2021-22 his 11th unbroken season in our colours. Signed in January 2012 from Horden CW Juniors, Matty quickly made a name for himself as a tough-tackling midfielder.

Happiest in central midfield, where he never shirks a challenge, he’s also played at right-back and centre-back during his time at the club.

He was Players’ Player of the Year again in 2017-18 and a key part of that season’s Durham Challenge Cup-winning side.

Played eight of the nine games in our history-making FA Vase run, and was many people’s man of the match at Wembley. Approaching 350 appearances for the club, he’s a real fans’ favourite.