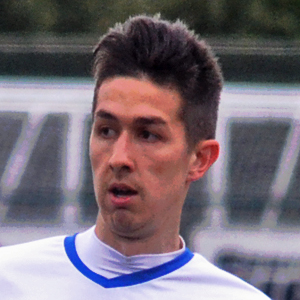 Signed from Seaham Red Star on 29 January 2019 by then-manager Chris Moore, who had worked with him at Whitley Bay and Durham City.

Nick made his debut in midfield against Dunston a week later, and showed his versatility by playing at left-back in his next outing.

He’s since shown what an adaptable player he is by also turning out at right-back and centre-back, and looking comfortable whatever position he’s in.

He started 7 of the 8 games on our way to the FA Vase final, and came on as a first-half sub at Wembley. Home shirt sponsor: Darren Blakey.