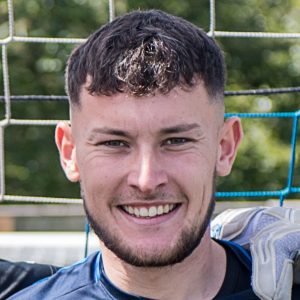 Ross returned in October 2021 to Consett, the hometown club where his Northern League career began.

He came up through our U21s ranks and made his first-team debut aged just 17 in March 2017.

The following season saw him enjoy an extended run in the team, before an injury cost him his place.

After making a total of 45 appearances for the Steelmen, Ross moved to South Shields early in 2018-19.

He spent two seasons with the Mariners, but after being loaned to Stockton Town and having spells with Whickham and West Auckland Town he’s back at Consett, where he’s keen to keep improving and push hard for the No 1 shirt.