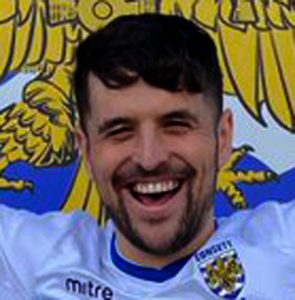 He joined Dunston for the 2016-17 season, and ended up as their top scorer, with 17 league goals.

Part of the team which won the Northern League in 2018-19, he adapted well to the Northern Premier League, winning three individual club awards the following season.

Joined Consett on 29 December 2021 as the first signing of the Andy Coyles era and made an immediate impact, scoring twice in a 3-2 win at Seaham Red Star.

Scored the first goal in the play-off at Histon which earned the club promotion to the Northern Premier League for the first time, finishing the season with eight goals from 17 appearances.