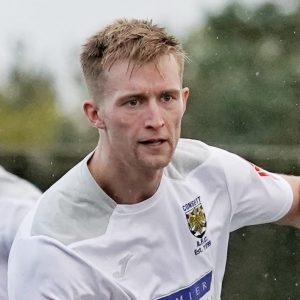 Zak was Consett’s first signing of summer 2022, joining from Northern League neighbours Whickham, as they embarked on a major rebuilding programme.

A pacy striker with a good physical presence, he agreed terms despite being wanted by several other clubs, including some at higher levels.

He’s not just a goalscorer, however: he also provided 10 assists for the Highwaymen, and he’s another player who’s looking forward to making a name for himself in the Northern Premier League.