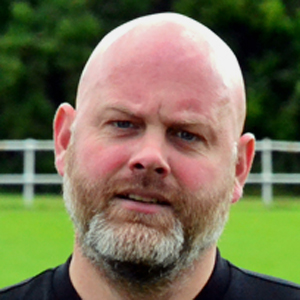 As a player, he was ever-present in Kenny Lindoe’s Brandon United team when they won the Northern League title against all the odds in 2003.

He immediately hung up his gloves, but played his first game at this level for 13 years in January 2016, when at 38, he was forced to come on as sub v Washington.

Ben was called into service from the bench twice more in 2016-17 and though he’s retired for good now, he remains a big character around the club.

When Terry Mitchell and Graeme Coulson left for Blyth Spartans in November 2021, Ben was asked to assist interim manager Andy Coyles. Ben demands high standards from his keepers, works them hard, and loves nothing more than a clean sheet.