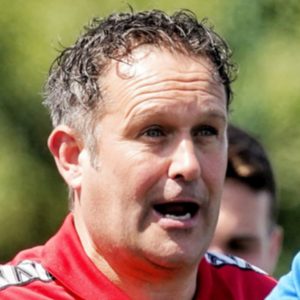 Richie joined Consett as Andy Coyles’ No 2 in June 2022 as the club prepared for its debut Northern Premier League season.

The 52-year-old joined the backroom staff from Spennymoor Town, where he was involved in their successful youth set-up.

As well as holding the UEFA ‘A’ coaching licence, Richie has the prestigious FA Advanced Youth Award and FA Futsal level 2 qualifications.

He started coaching in 2004 at Hartlepool United before becoming a lead coach at the Middlesbrough FC Academy, playing a key role in the development of many young players, including current first-teamers Dael Fry and Marcus Tavernier.

He also helped Crook Town win promotion to the Northern League 1st Division, before switching to Spennymoor, where he worked with the U18s and U21s.