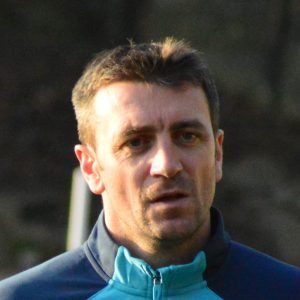 Ex-pro Wayne started his career at Bolton Wanderers, making one first-team appearance, and playing three games on loan for Chesterfield.

Moving back to his native Northern Ireland after his release, he signed for Lisburn Distillery where he spent six years, made 226 appearances, and captained them into Europe. He also played for his country at youth, U21 and U23 levels.

He moved to Australia at the end of 2008-09 and had trials with Gold Coast United, but returned to the UK in January 2010, and had trials at Dundee before signing for Gateshead until the end of the 2009-10 season.

In August 2010 he signed for Conference North side Blyth Spartans, and he went on to make 134 appearances, captaining the club, before leaving at the end of the 2012-13 season.

After hanging up his boots his first coaching job was with Tony Fawcett at Whickham, and he followed him to Belle View on 8 November 2022.