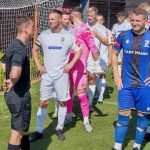 Consett’s twice-postponed home game against Cleethorpes Town has today had a new date approved by the Northern Premier League.

The NPL Division One East fixture at Belle View Stadium has fallen victim to the weather twice, on 17 December and again on 17 January.

Now the clubs have agreed to play the game on Tuesday 7 March, with a 7.45pm kick-off, and the league has approved the date.

The away game at Cleethorpes back in August was our first as a Northern Premier League club. 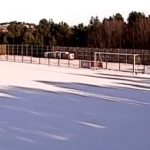 Consett’s scheduled home game against Cleethorpes Town tonight has, unsurprisingly, been postponed due to snow and freezing temperatures.

Recent snowfall has left the pitch and surrounding areas covered in a blanket of snow, and with temperatures not due to rise above 0C today, there is no prospect of it melting.

The fixture will be rearranged, on a date to be agreed between the clubs and the Northern Premier league. 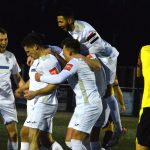 Consett made it three wins in a row for the first time since they joined the Northern Premier League by beating Pontefract Collieries 3-1 at a freezing, windy Belle View today.

The game was preceded by a minute’s applause in memory of Consett supporter Darren Blakey, who died this week.

And the Steelmen put on a performance he would have loved as they sent their visitors back to Yorkshire on the end of a defeat.

Pontefract had the strong wind at their back in the first half, and had early chances through Joe Lumsden and Jack Vann.

Jake Orrell missed a one-on-one with the keeper before Consett took the lead in the 19th minute, with Kieren Aplin firing into the bottom corner, pictured below, after turning his man. It was his sixth goal of the season, making him joint second-top scorer with Orrell.

Within a minute the visitors were level when Jack Greenhaugh’s long throw was only half-cleared and Spencer Clarke made it 1-1.

On 25 minutes Aplin thought he had a good shout for a penalty when he turned Clarke and appeared to be tripped, but the referee thought otherwise and booked him for diving.

Half-time was reached with the score still at 1-1, and the first 25 minutes of the second half were something of a non-event as both sides struggled to cope with the strengthening wind.

But Consett began to get on top, and took a deserved lead in the 72nd minute. They were awarded a free-kick on the edge of the box for a foul on Aplin.

He took the kick himself, and keeper Lloyd Allinson made a good save, touching the ball onto the post, but defender Josh Baggs reacted quickest to turn it home from six yards out, for his first goal for the club.

Three minutes later the points were in the bag as Aplin’s pass found Calvin Smith, who turned and smashed the ball past Allinson from 15 yards. It was his first goal of the season. 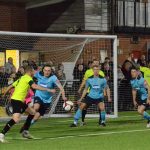 Consett’s home game against Division One East leaders Worksop Town has been rearranged by the Northern Premier League.

It will now take place at Belle View Stadium on Saturday 11 February, with a 3pm kick-off, as will the other nine games in the division which were snowed off at the weekend.

Consett’s last game before Christmas is scheduled for this Saturday, 17 December, when they are due to entertain Cleethorpes Town, who sit just outside the play-off places, in 6th place.

They were our opponents in our first-ever game in the NPL, recording a last-ditch 2-1 win over the Steelmen back in August. 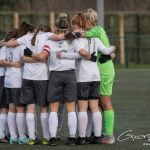 Consett Ladies are aiming to build on their record-breaking Women’s FA Cup exploits when they return to league action this weekend.

END_OF_DOCUMENT_TOKEN_TO_BE_REPLACED 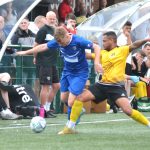 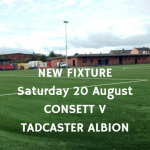 Consett’s home NPL Division One East fixture against Tadcaster Albion has been brought forward after both clubs made an early exit from the FA Cup.

Our 4-1 defeat at Goole last Saturday and Tadcaster’s 2-0 replay loss to our neighbours Tow Law on Tuesday meant both clubs faced a blank Saturday next weekend, when the Preliminary Round will take place.

With both clubs’ agreement, and the Northern Premier League keen to avoid unnecessary midweek travel, the game at Belle View Stadium has been brought forward from Tuesday 13 September to Saturday 20 August, with a 3pm kick-off.

The clubs have met before, in the Extra Preliminary Round of the FA Cup back in 2012-13, when we drew 1-1 at Tadcaster, but lost the replay 3-2 at our old Belle Vue Park ground. 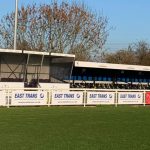 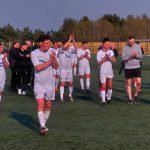 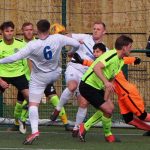 Consett’s slim title hopes were all but extinguished as they suffered a home defeat today to relegation-threatened Northallerton.