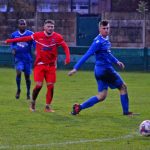 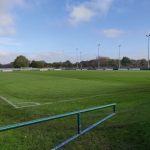 Bookings are being taken now for seats on the official Consett AFC trip to Irlam, for the FA Vase 2nd Round tie on Saturday 2 November.

Our club sponsor Stanley Travel will once again be providing the coach for players and officials, with a limited number of seats available to supporters.

The cost is £10 per person, and as usual it is first-come, first-served. Names are being taken at the bar in the clubhouse, and seats must be paid for in advance.

The coach will leave Belle View at 10am, to allow for possible delays on the M62 on the way to Greater Manchester.

For those making their own way, there is a large free car park alongside the ground, off Silver Street. If it is full, street parking is available. Please consider local residents’ access to and from their properties.

The ground has its own clubhouse, along with a refreshment cabin selling a selection of hot and cold food and drinks. Toilets are at the rear of the cabin, with a disabled facility available inside the changing rooms.

Departure time for home depends what time the game finishes, as extra time will be played if the scores are level after 90 minutes. 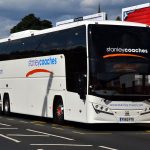