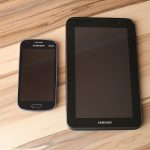 Consett AFC have today added their voice to this weekend’s sporting boycott of social media, in a bid to stop online abuse.

However, as it covers the biggest game in our clubs’ history, the FA Vase Final v Hebburn Town on Monday, 3 May, we – like our opponents – will only be taking part in a partial boycott.

An announcement was made by the FA last Saturday that the Premier League, EFL, WSL, LMA, PGMOL, PFA, FSA and Kick it Out will boycott social media updates between 3pm today and 11.59pm on Monday.

This is a response to the sustained discriminatory abuse aimed at players, officials, management and other personnel involved in the game of football.

“However, the weekend the FA has chosen to run this campaign coincides with Non-League Finals Day and the greatest match for the club in its 122-year history.

“This match will be played behind closed doors, which makes it even more important for us to keep our fans and other non-league followers updated and informed of events surrounding the 2019-20 FA Vase Final.

“After discussions with the FA, it has been agreed that we will support this social media boycott from 3pm on Friday until 6pm on Saturday 1 May.

“Clearly, we are disappointed that once again it is non-league football that is suffering, and did suggest that the campaign would have a bigger impact over the weekend of the FA Cup Final, but this was rejected by the FA.

“This has been a very difficult decision for the club to make, given that we as a club completely support the principles of the boycott.

“However, given the extreme circumstances we have been left with, we have compromised, in agreement with the FA, whilst considering the needs and welfare of our supporters, who have suffered enough mental challenges during the last year.”